So tell the girls that he's back in town.... 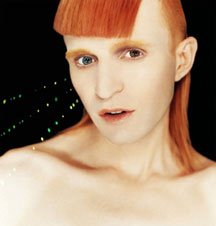 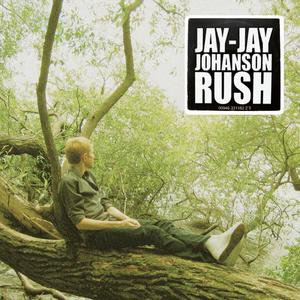 Jay Jay Johanson, v.2005, down with flora and fauna

Jay Jay Johanson is back...
The uber cool will know that Jay Jay had one of the smoothest electronic tracks of 2002, called "Automatic Love." He's back with a new album called Rush (and a redirected visual style, if you see above). Read this great review and you will be lured in For those who want a good Jay Jay sampler, you can get Prologue, a greatest hits of sorts which features some of his best dance cuts mixed with some more poppy cabaret-ish stuff.

Hear some new Jay Jay track samples at his website (most of which is bizarrely down right now). The song "Rush" is lovely and represents a more accessible version of his voice. I really wish he'd make it big because he offers something original and uncompromising for admirers of European electropop. He's akin to a group like Yaz, with an icy beat welded onto a big, yet vulnerable voice. Major dance pop, trolls.

Samples of all of Jay Jay's songs are online here - just search using his name. You can sample Rush specifically here.
Posted by xolondon