You can't mistake my biology 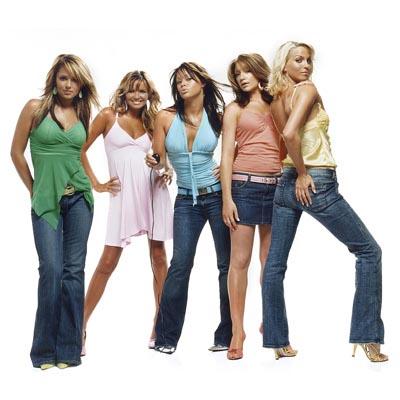 Okay, I lost several pounds last night playing this new song on the treadmill. It's a POP MASTERPIECE that will sound amazing on a big sound system (which I am not likely to ever hear). MASSIVE.

My take on this single is that Xenomania (who produce GA) and "the Girls" knew they needed to do something unusual, so they made a pop song that flouts all the rules. It takes 1:30 to get to what you THINK is the chorus and then -voila! - the REAL chorus kicks in at 2:00, and it's fucking SLAMMING. Then the song sort of expodes all over itself for the next 1:30 before it ends.

What does it sound like? It opens with a glam rock beat that it keeps returning to. Shades of Goldfrapp - the same kind of stomping beat they have used on several singles. It's also harder sounding, at least in the last half, than most of the GA songs. Sort of aggressive, but it has sugary pop parts and the usual funny bits too, like the lines about getting a cappucino and heading for the hills.

Want to hear a sample? Go to http://www.girlsaloud.co.uk/site.php - it may not sound so exciting as it does on headphones while running.

I think I am the only person associated with this blog who likes this kind of shit (well, I know a few of you who like the is type of pop). This year is an embarrassment of pop riches. Next year is going to be dry dry dry.
Posted by xolondon