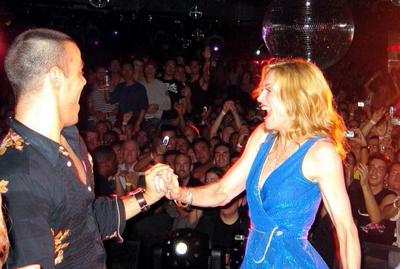 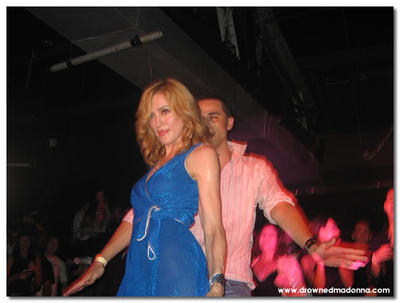 Watch Madonna's new video for "Hung Up" here and now. Some comments from XO:

The pics above are not from the video, but from The Roxy in NYC in the middle of the night on Saturday. She looks happy for change!

i was prepared to not like the song or video and much to my surprise--i loved both! i heard a clip of "i love new york" or whatever it's called on the new album during her documentary and hated the song because she uses the word "dork" in it. i'm sorry--i hate that word and it should NEVER be used in a song!!! i hope that's the only spot on the album that rubs me the wrong way!