Sick and tired of the shit on the radio 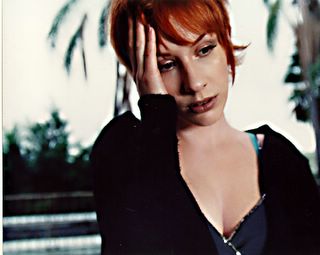 Esthero recently released her new CD Wicked Lil Grrrls. I think the album is a wee bit Blu Cantrell-ish, although her background is ambient and it's probably closer to Beastie Boys than Blu Cantrell. BUT the Bjork-ish single "We R In Need Of A Musical Revolution" is total magic. It's sweet, but also a little edgy and bitter. I love how bold the lyric is:

'Cause I'm so sick and tired
Of the shit on the radio
And MTV, they only play the same thing
No matter where I go
I see Ashanti on my video screen
I want something more

I want something more

Woah! Note that the CD single also contains another great track (albeit with a dorky title) "Everyday Is a Holiday (With You)" which Esthero wrote with Sean Lennon.