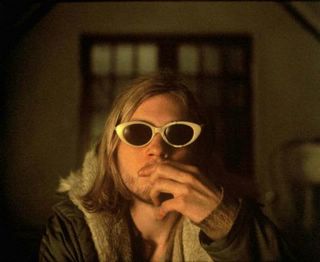 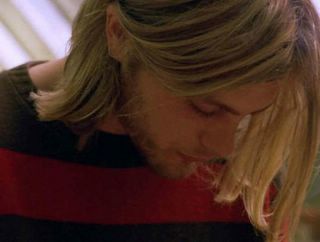 There is a new website for Last Days, the Gus Van Sant film that is sort of about Kurt Cobain. Michael Pitt, whose penis recently starred in a Bertolucci film, looks uber-Cobainish in the movie, even wearing a sweater (above) I think I have seen Cobain wearing in photos. With a cast like this (Pitt, Asia Argento and Lukas Hass) it's a wonder they didn't all OD during production. Note the presence (and potentially weak acting) of Kim Gordon in the preview trailer.

A couple of side notes:
1) Michael Pitt, one of the stars of the brilliant Hedwig movie, has a fansite called Pillow Lips!
2) Great pics from the movie here
3) How long until a River Phoenix biopic?
Posted by xolondon