Setting up a college fund for baby Apple? 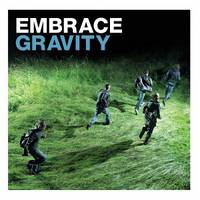 What would a band sound like if Chris Martin wrote them a pretty ballad? They'd sound like Coldplay of course. For Embrace's first single after many years in the pop culture wasteland, they have released a beautiful Coldplay castoff called "Gravity." Is this good for the band? It will get them sales, but will it give them respect? Listen here and judge...

For a review of their newly released album, try the Guardian

Ooooo! Me likey! Thanks for the lead (I would be so musically challenged without you!!!)

I also liked some of the tracks from the EP--Waterfall seems especially nice, but I would want to hear the whole thing.