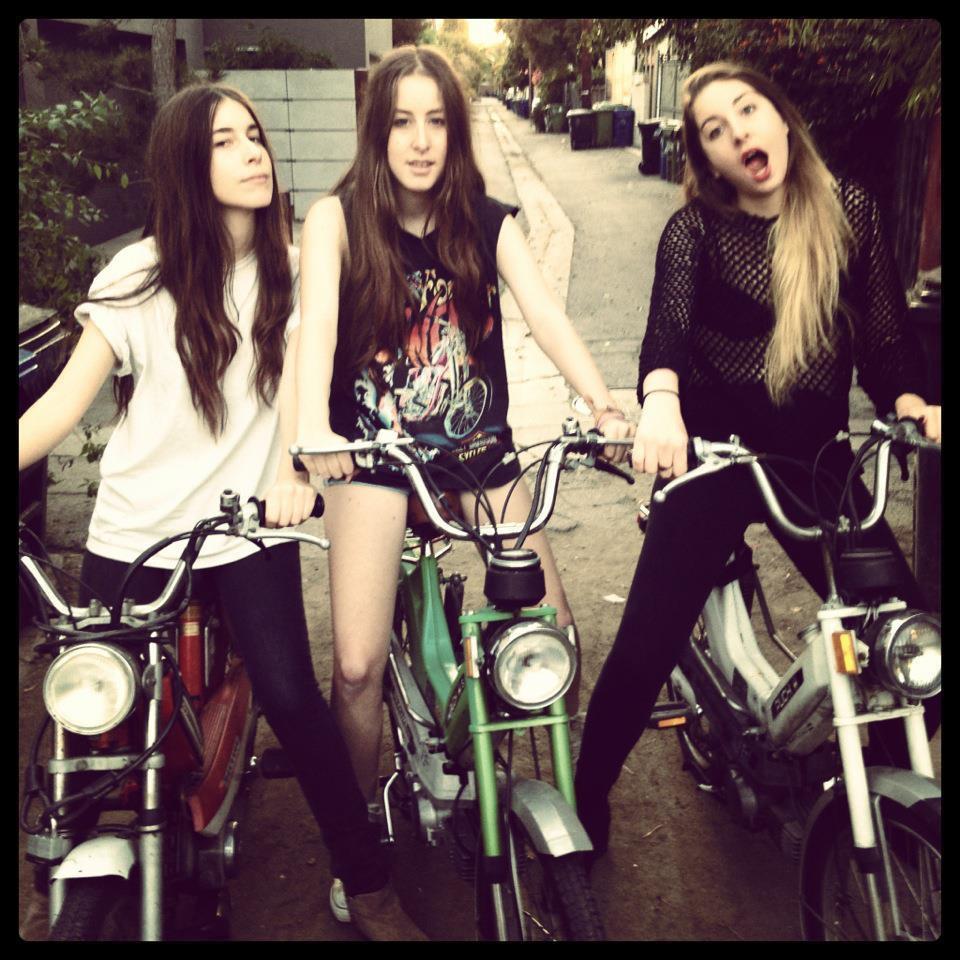 It's been six months since the sisters Haim slayed us with Falling and they've been on the road ever since. One never knows if bands this white hot really have it in them to keep hitting the mark. HAIM keeps blasting the mark out.

Their new single, The Wire, skitters and slams against multiple genres, but the mood this time is rock and much closer to their live personas.

LOVE the Southern-fried-rock opening bit, which also recalls early Joan Jett. I also dig the chorus hook: "It felt right, it felt right, but I fumbled him when I came down to the wire." And the Este verse (2nd). Bring it lil sis.


The album is done and due out this fall.