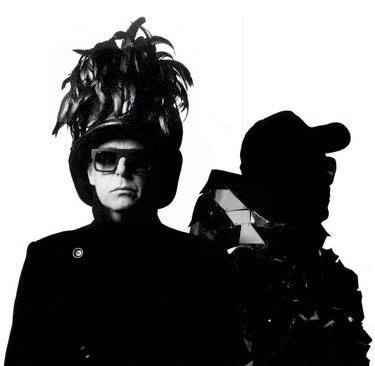 Pet Shop Boys just announced via the Cambridge student newspaper ,Varsity that in February they are releasing a new bsides collection covering the years 1996 to 2009. It will be called Format.

We’re putting out another B-sides album in February, like an ‘Alternative’ part two. But we’re calling it Format,” says Neil, referring to their classic B-sides collection from 1995.

Chris sounds a little concerned, “We’re not announcing that yet, are we?”

“Well why not - these things are usually leaked through some Japanese website anyway. I’d rather it came out here,” insists Neil. “It’s all our B-sides from 1996 to 2009, starting with The Truck Driver and His Mate”.

“Oh I like that song,” Chris pipes up, “It’s just our little tribute to Oasis. In fact Jon Savage pointed out that it’s the chord change from Some Might Say. Though he’d better not put that in the sleeve notes when he writes them.”

“Actually I think some of our best songs are B-sides,” declares Neil, “Because on a B-side you can do what you like”.

I don't have strong memories or favorites from the b-sides of that era, as I do earlier tracks like Miserablism or Decadence. A few that do leap out:

The Truck Driver and His Mate

Which ones are the best of those years? Remind me!
Posted by xolondon

I spent way too much time making 4 volumes of MP3 PSB a while back and inserted rather a lot of old CD singles into my computer. Love the Alternative album so much and looking forward to this new one despite having them all already. Top tracks in my opinion:
The Truck-Driver And His Mate
Delusions Of Grandeur
Sexy Northerner
We're The Pet Shop Boys
I Didn't Get Where I Am Today
Bright Young Things

After The Event is the b-side to end all b-sides, imho.

That one's on my ipod. Going back to it now!

I second a lot of these:

Actually since these sort of represent the best B-sides, they might make a good album on their own. I'm sure it will be a sprawling affair, however. Yes, indeed.

Ack! I almost forgot Bilingual's B-sides which are great (they were already released on the Further Listening deluxe edition):

(Calm Before the Storm and Disco Potential are merely good)

Whew! Now that's a long album! Do remixes of other tracks count? I'm thinking Discoteca (single version) and Fugitive (seven-inch mix). Such a wealth of riches.

Simply one of the best Pet Shop Boys songs ever recorded.

PSB are certainly one of the rare acts where you find yourself consistently puzzled by what gets left off their proper albums as bsides. Imagine how amazing Fundamental would be if they had trimmed a couple of tracks and replaced them with "The Resurrectionist", "Bright Young Things" & "Fugitive" (okay that last one is not technically a bside).
My favorites of the post Alternative era are "Betrayed" & "I Didn't Get Where I Am Today" which both should have been singles. "How I Learned To Hate Rock 'n' Roll" isn't too bad either...