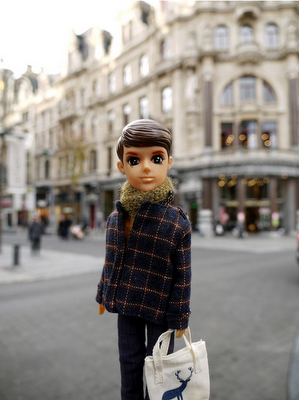 This year is music reminds me of... one of those orgasms that just sort of fizzles out and you're like "That was it?" I struggled to find enough truly great songs for this list. Here, in no order, are my favorites for the first quarter of 2011. Normally I have a few rules, like these tunes not having to be singles (still true), but this time I am allowing more than one song by each artist, or else there would be nothing here! The colored link will take you to youtube, where you can hear/see the song.

Hmmm, sometimes tracks from the tail-end of the year before bleed over into the new year, but let's see:

Oh, how could I have overlooked Oh Land!? 'Perfection' is lovely, but I lean towards, er, 'Lean'. Great album, in any case.

Young Galaxy-B.S.E. & We Have Everything
Destroyer-Kaputt & Suicide Demo for Kara Walker
Duran Duran-Other People's Lives & Too Bad You're So Beautiful (plus songs from the digital release that finally saw the light of physical day if you want to get technical)
Beth Ditto-Open Heart Surgery
Lykke Li-Sadness is a Blessing & I Follow Rivers
Keren Ann-My Name is Trouble
Human League-Never Let Me Go
White Lies-Come Down
Pains of Being Pure at Heart-Heart in Your Heartbreak
Claudia Brucken-Thank You
PJ Harvey-Written on the Forehead
Mummers-Call Me a Rainbow
D:Ream-Gods in the Making
Elbow-Lippy Kids & The Night Will Always Win
Strokes-Machu Picchu
Class Actress-Adolescent Heart
REM-It Happened Today

I actually liked quite a bit for a sleepy winter, especially considering the aforementioned doesn't include songs that have yet to be released physically (that new Friendly Fires track is ace).

Count P., you reminded me:

The Man Who Stole A Leopard - Duran Duran (extra points for having Kelis on the track)
My Name Is Trouble - Keren Ann
and
from XO's list:
Rolling in The Deep - both Adele's original and Johnny Legend's cover.x

Hey Zen--Man Who Stole a Leopard--I was just telling somebody how much I love that song while it was playing yesterday! Also love Girl Panic!, Being Followed, Runway Runaway, Before the Rain, Leave a Light On--the whole damn thing, really!

Of all the 'comebacks' this year, DD's new album is probably amongst the best. Can't be said for the dire 'Credo' by The Human League. Was/am very disappointed with that (ahem) effort.

Other releases worth waiting for were by Blancmange and OMD. Hurrah!

Zen--Uh Oh! Here's where we disagree. While I agree about DD, I may be in the minority here, but I am LOVING Credo! Granted, I'm not sure it SOUNDS as good as Secrets (production-wise), yet the songs are generally quite strong throughout, and I quite like how it references the sound of the Dare-era Human League more than anything they've done in a long time.

It won't be to everyone's liking, but I think that's one thing I like about it. It is just enough left of center with touches of experimentalism (something they used to do more of), and a classic sound. I think it may not be the sound of 2011 exactly, but I think history will be kinder than some critics (all of us) are being right now. I bought the Blancmange as well, and actually prefer Credo to that, as I think Phil is just a fantastic vocalist and provides some superb lyrics, where Neil from BM doesn't really sound close to what he did 25 years ago when the last one was out, and seems to have forgotten how to write lyrics on a couple songs (granted, there are some very good lyrics there as well).

Listen to Dare (and Travelogue if you've got it), and live with Credo for a couple weeks...maybe you'll find something to appreciate. It's great to have them back after 10 years of being so discouraged over Secrets sales performance. This is just the first step!

Okay, okay! I will give 'Credo' more time to seep into my musical consciousness, but upon first and second listening, I did find it a bit disappointing. I know they ain't going to sound as fresh as they did back then, but maybe that is my problem with this album...I expected a whole lot of freshness and got some rehash.

Completely agree with the Clare Maguire choices, Break the Chains is getting me through the day, a long with Oh Land! Break the Chain also. Slowly mingling with Patrick Wolf; his "The Batchelor" album speaks most to me at the moment, Lupercalia is a bit too soppy for where I am right now.

Surprised Maguire was never nominated for Mercury Prize Awards, like James Blake's album, but I have to refrain from sharp objects when listening to it.

Love your taste in music!

James Blake is such a con! And too bad bc he is cute.

Ah how so? And i definitely agree with your latter comment. He is...Mmmm

His best songs are covers. I love Wilhelm Scream too, but other than that I think that emperor has no clothes.