XO SAY: Move with me over the thrill of the 12 inch

In 1983, the music journalist Paul Morley, record producer Trevor Horn, and a lady name Jill Sinclair created ZTT Records - or Zang Tumb Tuum. In their 80's prime, the label was home to an amazing collection of artists, notably Art of Noise, Propaganda, Grace Jones, Anne Pigalle and a group intrinsically connected to the label, Frankie Goes To Hollywood. The music was unlike anything on the charts, taking chances in and fraying the edges of pop music. ZTT also excelled at visuals - incredible album packages with weird slogans and order forms for badges and bags.

Over the past few years, ZTT has remastered many of their great albums. Anyone who wants to understand 80's British pop needs to own the insanely gorgeous Welcome To The Pleasuredome, Frankie Goes To Hollywood's opus. That package is worth it alone for the 9 minute 12" version of The Power Of Love, one of the finest British ballads of the era and a landmark song for producer Trevor Horn.

Last week, I received a really wicked package in the mail containing several new ZTT releases. All three were released this week in the UK at budget prices: 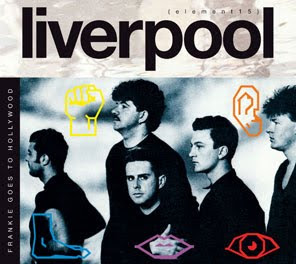 A deluxe package for Frankie Goes To Hollywood's second (and final) album, Liverpool. It has the original record, plus b-sides and out-takes. Also included are the 20-minute cassette single mixes of Watching The Wildlife and Warriors of the Wasteland. The packaging is opulent, though we need to face it: the album was not that great. The liner notes joke about how electro bands at the time all went rock. And it failed.

Update: Due to legal issues, this FGTH remaster was never released and has since been pulled from ZTT's schedule. Second update: It's out now! 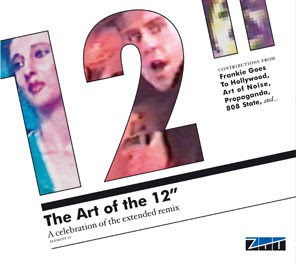 Also in the package is a new 2-CD, 150 minute collection of rarities called The Art of the 12", which includes mixes and rarities by Propaganda, Frankie Goes to Hollywood, Art of Noise, 808 State, Glenn Gregory (Heaven 17), Andrew Poppy, Anne Pigalle, etc. The title of this post comes from my favorite track on the collection, another Frankie remix, this one the 12-minute Rage Hard mix with its suggestive narration ("an essential part of the 12" is the climax..."). 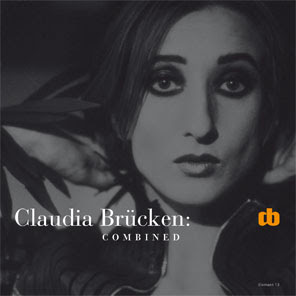 The most notable CD is a collection of hits by Claudia Brücken, former lead singer of Propaganda. It has that group's hit singles (Dr Mabuse, p:Machinery and Duel - video), along with a collection of solo singles and new tracks, including Night School and Thank You, both co-written with and produced by Stephen Hague (Pet Shop Boys, Blur, New Order). Cloud 9ine was written with Depeche Mode's Martin Gore. My favorite of the new songs is a cover of Bowie's 1984 classic This is Not America, done with Frankie's Paul Rutherford.

If you are an 80's aficionado, you need to check these out and keep up with the ZTT releases. I am really waiting for Anne Pigalle's album, Everything Could Be So Perfect. It passed me by as a kid, but now I find it fascinating.

There's not a lot of music that I don't mind owning in multiple formats from multiple decades but ZTT made/make such lovely things that I cannot resist. I was such a weird kid with my Frankie 12"s aged 11. Hope my copy of The Art of the 12" has been delivered...

The Claudia album is as mnarvellous as you'd expect. She should be a massive star but people like to buy crap, shame. Cloud 9ine is not a new track though, have you got the OneTwo album?

The Frankie Liverpool one has been playing silly buggers: last week it got postponed to 2012 and this week jumped back up the schedule to coming out in the next few weeks.

oops -will correct that Martin Gore one.

All of them appear to be out now on Amazon.

What a misleading article title!

I had totally different, um, expectation for the 12 inches you were mentioning... :)

Sorry, Tim. It WOULD be a good title for one of your blogposts!

I am all oogly moogly over the prospect of the Anne Pigalle album getting the deluxe treatment. It is such a fantastically lush album, and I would love to have the 12" versions on CD. Somehow, the Frankie and Propaganda stuff seems to get reissued pretty frequently (not that it is a bad thing - I live for Propaganda and Act), Mme Pigalle has been overlooked far too long.

As for what Dan said about Claudia Brucken deserving to be a massive star, too right, baby. I am reminded of the oh so bitchy things that Holly Johnson said in his autobiography about Paul Morley's lack of marketing ability... "he did do the marketing for two albums by his wife, whose name I won't even bother to mention, because you won't have heard of her."

Guilty admission: I had NO IDEA she was married to Paul Morley! Are they still together?

No, but she has a thing for Pauls. Now she is married to Paul number 2 - Paul Humphreys (of OMD fame)

You really should hear the Onetwo album if you haven't. It is Claudia plus hubby Paul Humphreys (of OMD). They actually toured a bit for the album in Europe as well, although there was no US release. Not as dramatique as Propaganda or Act, but still quite enjoyable.

There were also some tracks that leaked around 2002 when Propaganda had reformed and were working on a full comeback, but sadly, that never materialized. However, Cloud Nine was from those sessions, as was a remake of Dream Within a Dream from the first album. Supposedly there have been some rumblings about another actual reunion, and I wouldn't put it past them. In a year seeing new albums after a decade or more silence from OMD(13 years), Human League(10 years), and Blancmange(26 years!), who knows? Yazoo anyone?

Oh! I'm just catching up with this one. Thanks very much for it, I have several ZTT records - Art of Noise, Frankie (of course), Seal's debut, Act (Snobbery & Decay - loved the collab between Claudia and Thomas Leer!), Ms Grace, and 808 State's Ex:el. Some other neat one-off's like the post-Video Killed The Radio Star album by The Buggles and even Tom Jones' late 90's effort. Nice to hear Claudia's newest too.