YOU ARE A POPSTAR 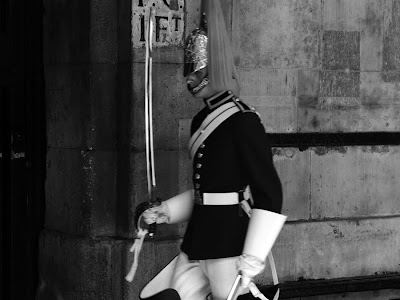 ...and you can pick three producers to collaborate with on your debut album?
Who are they?

Email ThisBlogThis!Share to TwitterShare to FacebookShare to Pinterest
Labels: question

Mine are Paul Epworth, Marius Devries and Guy Sigsworth.

Gardner Cole, Jon St. James, and Prince...because I want to make the trashiest pop album of all time, circa 1987.

Oh, and if I decided to go in more of an urban/freestyle direction instead, my second tier of choices would be Jimmy Jam & Terry Lewis, Lewis A. Martinee, and Mark Liggett & Chris Barbosa, circa 1988.

Willa Ford, Johnny Weir and Rhonda from USA Up All Night.

Thank you to those who answered legitimately. As for "D'luv", your answer is Stock Aitken Waterman.

No, PWL, PWL! They were WAY better than Stock Aitken Waterman.

This is actually a really hard question, as there is so much great music to choose from so many excellent producers. If I had to choose:

This is as far back as I can remember. There were a few others I think deserve namechecking like Mike Thorne, Martin Rushent, Colin Thurston, Clive Langer & Alan Winstanley, Flood, Francois Kervorkian, Nile Rodgers, and John Leckie, but there were so many more going back even further (like George Martin). There are also other great newbies like Starsmith, Frankmusik, Calvin Harris, Kleerup...too many to name, in fact.

I only really defend early SAW--Dead or Alive's YOUTHQUAKE is positively massive, even today.

Prince has difficulty making his own records sound good anymore.

Oh, and I couldn't pick just three...I want it to be a massive double album a la Welcome to the Pleasuredome.

Love it Count. Nile Rodgers! Maybe I can record the followup to "diana" and call it "xo"? And yes, you can have 4 sides of vinyl. 88 mins for you!

Awesome! I wanna go out with a bang! Thanks for the 88 mins--one minute per piano key! Maybe one producer per song, with each decade listed per side! What an album THAT would be! One for the ages, albeit quite costly. Is it possible to resurrect Alex Sadkin as well? We may have to put Nile in his place and let him whack away at something that mixes "The Reflex" with "Like a Virgin", no?

countpopula: I meant that I wanted Prince to co-produce my album circa 1987 (see above), back when he was still a pop music genius. But if Prince was already too passe for you even back then, then I suppose I'll have to swap him for Ish Ledesma (of Company B fame). Oh well.

Hey there other Jason (I'm Jason too): You are right there--Prince was a deffo genius in 87--I would not deny that at all, although I might be inclined to bring the latino flava with Lewis Martinee instead of Ish, even though Company B had one heavenly smash single...Expose had many more fiery tunes (and let us not forget his work on PSB's "Domino Dancing").

If I have to be limited to 3 currently, Ahlund, Epworth, and Ronson would fit the bill.

Top 3 would have to be the duo of Chris Hughes & Ross Cullum, Simon Climie and Rupert Hine (with Stephen Tayler on the mix).

Jon Brion, Jeff Lynne, Michael Penn. Not exactly pop, but if I made a record, it probably wouldn't be "pop".

I think I picked mine more for the person than the sound. Who wouldn't want to pick Rick Rubin's brain?

These comments are all really fun to read!

And countpopula/Jason: I'd also included Lewis A. Martinee of Expose fame in my second comment above! Ish Ledesma was totally a joke on my part, though I do love "Fascinated" and a couple of other Company B songs.

The other obscure producer who popped into my head today is Teneen Ali...does anybody remember him at all? He produced stuff for Latin/freestyle singers like Nancy Martinez ("For Tonight," "Move Out," etc.). Why do I even remember the names of these people?

Oh, and I'm a big fan of Patrick Leonard's production work too, so I'd probably enlist him for my debut album as well.

Ah Jason, you DID mention Martinee...sorry I missed that. The guy was a genius, right? SUCH an influential sound.