The curious case of Erik Hassle 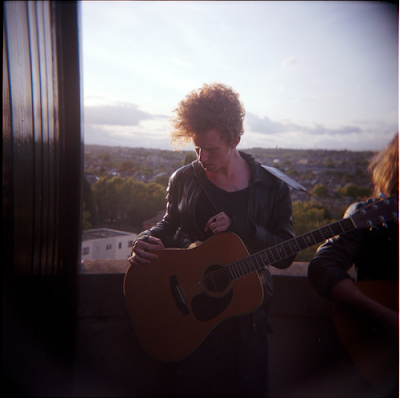 While everyone has their ears cocked toward the Beeb's celebrated Sound of 2010, Erik Hassle is floundering. He's like a busker in need of your human warmth as much as your actual pound note.

Erik's made a great, if not perfect, pop album and literally no one cares. Can we blame anything other than the elusive X factor? For a start, where the Swedish album cover was iconic, the UK cover image (see below) is a complete Photo-shopped botch. If the idea was "Erik Hassle stands out in a crowd" what it actually says is "Erik Hassle is lost in a crowd." Even the album title, previously a simple Hassle, has become a meaningless Pieces. How makeshift.

Infamously, there have been four - FOUR!!! - videos for the superb Hurtful, none of them particularly good, though I am partial to the second one. His previous video, Don't Bring Flowers (After I'm Dead) placed him in a Los Angeles slacker wasteland. It was as if the label said, "Maybe they won't notice he's not an American" rather than celebrating who he IS. Island Records has plenty of talented people. What happened?

I should note that the UK pressing of his album dumps my favorite song, Make It In Time, which some of my fellow tweeps dismissed as "boy band" material when they should know full well [minor British accent comes in] I don't DO boybands [nostrils slightly flair].

Of the songs that made it, I recommend Hurtful, The Thanks I Get (gorgeous, climbing piano ballad), Bump In The Road, Amelia, and Back To Bed. The iTunes version adds 3 tracks that are worth your time.

Lack of synergy with the public, botched marketing, whatever: Erik Hassle should be heard. P. Viktor adds more in his recent review of Pieces. 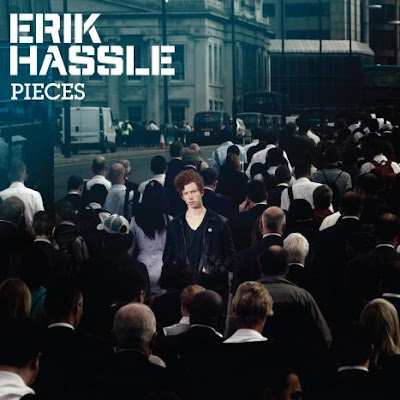 I wholeheartedly agree. This album is just as good, if not better than Ellie's as far as how strong it is, and I feel it's completely fallen off the map and disregarded (or discarded). His voice is amazing and his songs are pretty spectacular all things considered.

It's very odd really isn't it? And quite sad too. Such a wasted marketing opportunity. Same happened with Little Boots and that ghastly New In Town video!!

Erik is fantastic live..seen him 4x now and everytime he gets better..more confident. He deserves to be a star. Being support for MIKA! IS getting him seen...so pleased seen him at the beginning as he WILL Be going far....that is kinda obvious!

I'm glad he's getting a proper release. And for me, "Isn't It Obvious" is his best. I cannot hear that song enough!!

Thanks for sharing! I read about him but hadn't really to him much. I like what I'm hearing but once again it's another case of UK artists not being marketed well here...

I wonder if he will get a US release. His UK release actually seems more American in some of the choices they have made, marketing wise. Hurtful WAS on itunes briefly last April, but I don't think it is now.