Playlist: This is a honeytrap... 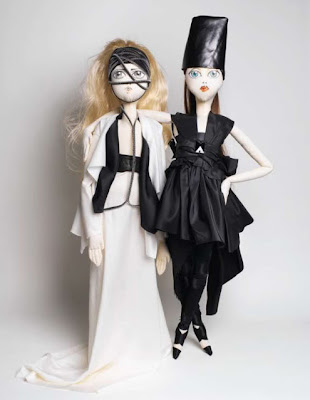 Groove Armada w/Will Young History
Will has already told the press his next LP will be a big gay - my words, not his - dance record. I Won't Give Up, his Freemasons collab from Let It Go, suggested he comes alive with this kind of music and History is further proof. History has a balls out falsetto vocal (filtered through effects) that suggests something Will doesn't usually serve up: sex. Which, of course, is the great irony, since a large number of his fans want nothing more than to hit it hard. hear it via youtube

We Have Band Honeytrap
I'm always cruising for new British rock, and We Have Band has great potential. On some level they are mining the same danceable groove that Courteeners do on their new single (You Overdid It Doll) - which is just the Hot Chippy spike that rock needs right now. The jury's out on the unique element: a female vocalist who "raps" her way in and out of the song. All will be revealed when their 12-track debut, WHB, comes out April 5. Until then, watch the video and download this song at WHB's site.

Sade In Another Time
We can only hope that Sade's new album brings songs that age into classics. In Another Time is perfect. Yes, it could have been recorded for her first album, but that's part of her genius: she's completely anachronistic. This one has a lovely, melancholy piano threaded through it and, at the end, a violin dances with a sax.. and it works. hear it via youtube

Fyfe Dangerfield High On The Tide
If the phrase Aztec Camera is relevant to you, listen up. This song is sooooo Roddy Frame. Fyfe's debut solo album, Fly Yellow Moon, is pristine. There are varied arrangements, from sweeping orchestrals to acoustic-based songs, like this one, but it's not jarring in the way his band's albums (The Guillemots) could be. Tide is in the tradition great intelligent British folkpop, all focused on pure vocals, lyrics and melody. It communicates a thought and a feeling. The whistling is an acquired taste. hear it via youtube

Alex Gardner I'm Not Mad
I'd heard the live version of this before hearing the studio track and Alex wails all over the last third. The song, which is classic Xenomania, somehow falls a bit short because that wailing never occurs, even on the Frankmusik-y middle eight. That said, I keep playing it over and over. Will Alex make it? All bets are off until the video. hear a sample at his myspace

Groove Armada w/Nick Littlemore Cards To Your Heart
Littlemore is not my favorite vocalist, but holy God, this song is monolithic. Really heavy and grand and passionate. The spoken vocals on the verses are oddly appealing, but it goes all Modern English on the chorus and the world is suddenly gorgeous and shimmery again. hear it via youtube

Loving William's work with Groove Armada. I'm so ready for a quite decent dance album from him. Although it didn't chart top 5 (at least I don't think so) his greatest hits sold really well over Christmas and New Year and has only now just started to drop.

Blimey that Groove Armada album might be their best yet! I have heard quite a few very good tracks from it now. Bravo!

Reminds me of Smalltown Boy.

The Alex Gardner track is good. The Xenomania production gives the song a whole different vibe from his original version. Curious to hear how the album turns out. . .

I really like the Will Young/GA. I saw Groove Armada live a coupla weeks ago and they played lots of the new album - didnt like it much - but I may need to rethink, after listening to studio recordings. Its all about the collab now.

I like We Have Band, but I think if I put my mind to it I could conjure their music up in about an hour.

Have you heard Band of Skulls?

Am checking Band Of Skulls as we speak!

OOH!!! - I really need to hear that new Will Young album - Sounds AMAZING! - Bring it on!