Quizzically: Who are these famous children?

The now-grown children of two of my favorite artists. Some clues:

Their mother is back in the news and was an icon of my teen years - at one point I thought she was the most beautiful woman on Earth. My favorite of her albums was released 25 years ago this past summer. She was not solo then, but left her famous group eventually. Their father is a pop music legend. He can sing too, but he's not known for that. He has written, literally, like 40 of the greatest pop songs of the past 30 years. Both children are musical. 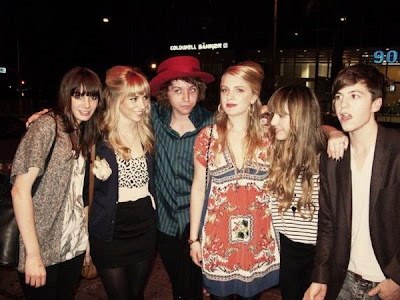 The brothers with some girls. The (older) one on the right is pictured below. 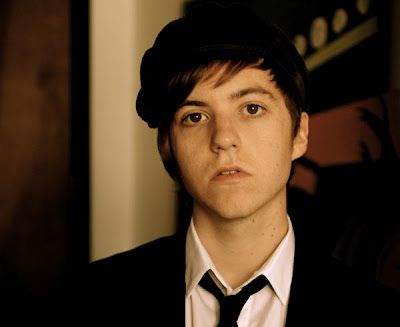 Email ThisBlogThis!Share to TwitterShare to FacebookShare to Pinterest
Labels: spawn

Could this be Siobhan Fahey and Dave Stewart's children? The clues helped, I think. Plus, the boy in the middle has those shifty eyes like Shuv.

If it IS those kids, you are right--she is/was one of the most naturally beautiful women in popular music. Dave Stewart--not very attractive, but he can surely write some monster songs.

Has to be Siobhan Fahey/Dave Stewart.

I don't know who the brothers are but the girls are french band The Plastiscines!!!

Yep Anne! That is the Plasticines.

And these ARE indeed the kids of Fahey and Stewart

Spooky.... Siobhan's new CD was in my stereo yesterday... she has released the solo stuff (of which some tracks have been around for a while on her site) as a Shakespear's Sister album. It's not bad but needs more listens.