First listen: All Over The World, v..Xmas 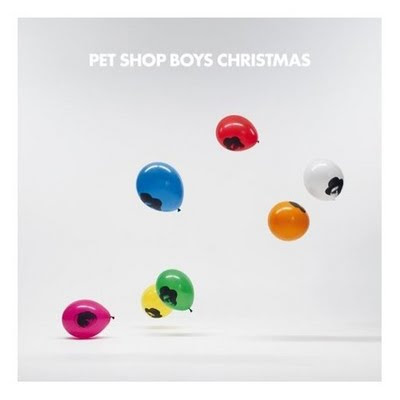 Go to this BBC Player and drag the time to 1:29 to hear the new Marius De Vries production of Pet Shop Boys' All Over The World, the song that should have been the first single from Yes. Although, yesss, it is a clever song for Christmas given the song being built around The Nutcracker Suite.

It's a throwback to the days when the Boys would tweak album tracks or rerecord them for singles The strings seem grander, especially around the middle eight.. and is the vocal redone?

thanks to PopJustice Forums
Posted by xolondon

Interesting. But prefer the original, I think. Maybe it's a grower?

I do think there are different vocals on that version. Hmmm. I also think it is different form the Special Edition version.

At first I thought, "why mess with perfection?", but I have to admit, it is even bigger and grander than it was, and reminds me a bit of what they did with "I Wouldn't Normally Do This Kind of Thing" when it jumped from album to single. Good work spotting this--can't wait to get an official version!

It's funny to hear this and think that the re-production of this was done to get more attention in the UK, because from an American perspective, they moved away from a hit. I love the fact that Chris thinks that it's an old school #1 hit, because I thought that as I was listening to it.

It's very grand, isn't it? I loves it. Must have this EP!

BTW, speaking of the Nutcracker...wasn't that same sample recorded on the Voyager "welcome to Earth" selection? Or was that something borrowed and used loosely on The X-Files?

I totally agree this should have been the first single. The past three albums have had grotty first singles... sigh...

I like the cover. It looks bleak and the new production makes the song sound bleaker as well. The album turned out to be a bit of damp squib in the end didn't it. I've not listened to it for months.

To each their own...I just listened to it yesterday. It is a fine album from start to finish.

I prefer the original as well; the new organic strings don't really add much and all the squiggles and bleeps were so perfect.

Yeah, this had single all over it; that and Pandemonium. Are they moving away from the 3-4 plus singles per album tack?

Also, listened to Yes again for the first time in months and months. Best studio album since 'Very' (maybe Bilingual). Aside from 'Building a Wall'. Hate hate hate that song. Think it stenches up and builds a wall(da-dum dum) in the middle of the album. One of those clunker plodding songs that ruined alot of 'Release' and 'Fundamental'; it reminded me of 'Luna Park' which I also hated.

"Yes" is a weird one- I was obsessed for about two weeks, and then just stopped listening to it. The songs seem to lose their appeal fairly quickly,which has been my experience with every album since Behaviour.

Surprised to hear the dislike of Yes. I love that album! The Way It Used To Be, DYSMC, More Than A Dream etc.

I like it, but the expectation of PSB + Xenomania was perhaps too high. I'm particularly fond of Pandemonium & The Way We Used To Be. Maybe it was just the single choices that made me lose interest.

Love Etc is a brilliant album cut. It took me 2 mos to like, so I don't think that's what a single is. All Around The World is not my fave, but it IS the single.

Keep up to date on our adventures. said...

I too dragged out Yes after having left it for a few weeks. I obsessed over it after getting the amazing vinyl box...anyhoo, I love almost all of it except Building a Wall (that chanting is wack. Legacy remains in my top 15 PSB ever.
AOTW is synth-funk-tastic. They should have led with that, then Pandy then Love etc. Shit - who can pick a single now though.

If I has the vinyl set, I would get it out and caress it...

I think "Love, Etc" was a great single (sure, it had to grow on me but when it did, wow) but this should have been the lead single. It's just so classic PSB and perfect single material.

Yes is still their best record in ages.