25 Years Ago This Week: Psychedelic Furs 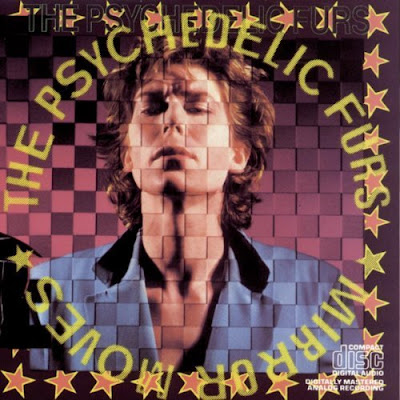 On August 21, 1984, The Psychedelic Furs released Mirror Moves, a record that has aged well, while many albums of the time sound dated. This was their finest "commercial" album, the songs smart and surprisingly beautiful. I am always chasing that mix; it seems rare these days that male singers have any sense of romance or drama in their vocals.

Richard Butler was a pretty non-pretty boy, wasn't he? Like Mirror Moves, he's aged well and you can see him when he tours the US in September and October. Below are videos for some of the singles. Another great track, Highwire Days, does not have a video.

Psychedelic Furs The Ghost In You:

Final note: If you have never heard Love Spit Love, Richard's next band, every pop fan should own the songs Fall On Tears (acoustic version) and his absolute finest song, Am I Wrong (video). The latter is so autumnal. His last solo record also had two songs I also rate well: Good Days Bad Days (video) and Maybe Someday. I think Richard excels at"melancholia."

this album was quite probably the most important one to the soundtrack of my highschool years. there was nothing else that sounded like them, with such odd but thoughtful lyrics.

Ghost in You speaks to me of unrequited love and teenage angst and making out with boys in closets at rogue parties.

I do think that Forever Now is a better album, but that is because I am obsessed with the title track. And "Love My Way" is gorgeous.

But yeah, I guess Mirror Moves has a lot of great songs, and Highwire Days is actually brilliant, looking back at it now.

One of my all time favorites. It was forever playing on my Walkman. It was the soundtrack to the entire fall of 1984. Near perfection.

You've reminded me to load it up on my iPod. How did I not have it on there to begin with?

I love it when you realize you have left something great off your ipod and then you put it on and play it again, which might not have happened with the LP.

My recent thing is that I want vinyl again simply for the packaging. It's those damned Wilco LPs that make realize how shitty CD art is.

Love Spit Love also did a pretty good cover of Smiths "How Soon Is Now" for the movie The Craft soundtrack. I might have played "Am I Wrong" a million times on my walkman during its release. I was living in Tempe, AZ at the time and they put out a free concert which was pretty awesome.

Mirror Moves - Ultimate classic. Love every song like "Alice's House" and all the rest.

I agree so much with you on LP cover art and the packaging. Nothing beats a gatefold LP with a lyric sheet and art on the inside sleeve.

Probably their last really great album all the way through. This album is so smart, beautiful and underrated, basically like the Furs themselves.

I'm feeling the same way about vinyl right now. We've had three vinyl only shops open in the hood in the past few months - amazing. I can't stop buying it, and it is mainly for the artwork. You just can't beat it. You gonna catch the Furs this go around?