Playlist: All the rushes look the same 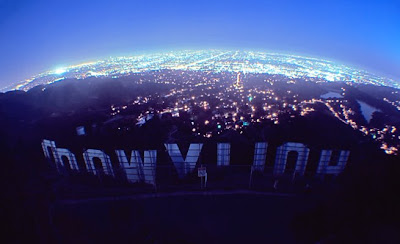 Listening to the"oldie of the week" below (Dolby's Screen Kiss), I am reminded of a time when smart people recorded music with smart lyrics. Does that make me sound old? Maybe. It still happens today, but it's rarer to see those songs enter pop culture...

Here are some worthy tunes I've been playing a lot that. These may not be as well known as what we usually dissect on blogs... so here is their moment.

Dan Black Let Go
I'd been skirting around Dan Black due to the chaotic, staccato sound of his up-tempos. But... heavens. Let Go (hear it) is what I dream Radiohead would sound like in 2009 and inevitably won't as they continue detour around pop music. If you like Miike Snow, try this song, as well as Dan's Life Slash Dreams and Cigarette Pack. He is on UK iTunes and here.

Florence + The Machine Falling
There is but one criticism of Florence's breathtaking - literally - debut album. It's that she does not explore the softer side of her voice as much as she should. The opening and closing minutes of this gorgeous heartbreak tune are a testament to the power she has when she hushes it down. This is available on the (gorgeously packaged) deluxe edition CD or via UK iTunes.

The Wild Beasts Hooting And Howling
To quote the lyric, it's equally elegant and ugly. My only issue with this band is that lead singer Hayden Thorpe's operatics occasionally sounds more Tiny Tim than Antony... and that is not a good thing. Get past the first few minutes and this is a solid thumper. Watch the video.

The Rumble Strips Welcome To The Walk Alone
When last I checked, The Rumble Strips were a decent, brassy Brit band with a fabulous album cover. Now they've restyled themselves and seriously upped the ante on their new album, produced by Mark Ronson (who makes a recovery after the relative disappointment of Daniel Merriweather). This is the title track to their new CD and it has an atmospheric Scott Walker sound. Here's the video for their new single, Not The Only Person.

Imogen Heap First Train Home
Like many, I was initially underwhelmed by Imogen's first proper single in three years. I thought it wasn't WOW enough. It's still not the type of song I'd have launched her with, but it comes into focus after a few listens and features the same nooks and crannies in the arrangement that made her last album so playable for so long. Your ear picks up something new with each listen. She also sounds strikingly British this track, as in this bit at 3:22: "What mattuhs to you doesn't mattuh, mattuh to me." Hear it. On iTunes everywhere.

Oldie Of The Week:

Thomas Dolby Screen Kiss
This 1984 track was recently remastered and has returned to me after a long absence. The lyric is unique for the milieu it captures: British expatriates in LA, lost in the "haze above Old Hollywood." My favorite image in the lush chorus: "Screen kiss, one screen kiss / Blue filter lens, a pool of Vaseline." So perfect, like a followup to Joni Mitchell's characters in Court And Spark and The Hissing Of Summer Lawns. Read more about Dolby's update of the album this comes from, The Flat Earth, at So Hip It Hurts. You can hear the song too...

Some tunes I am not as enamored with - and surprised by that fact:

White Lies by Mr Hudson (hear it - it's makeshift), Blow Away by A Fine Frenzy (hear it lacking her charms) and the polarizing Cockney squealfest that is Mika's We Are Golden. I should have known his new single would hurt my ears. The Chipmunks version is better.

Screen Kiss is among my favorite songs ever. Nice to see it mentioned.

It's a secret gem. I hope someone who has never heard it falls for it after this post. Just one person will do!

Thought I was alone in appreciating Dan Black... hes not exactly everywhere over here... hmm. but its not bad pop at all! and the last 2-3 tracks are awesome.

Agree about Florence - I have had to resist her for a couple of days now... it was getting too much, shes like some sort of flame haired crack dispensing pez. (still nothing to dislike about that album - but falling is STUNNING, swimming remains my favourite.)

And that Mika monstrosity - 'WE ARE NOT WHO YOU THINK WE ARE WE ARE GAAWWWLLDEEEN' The man makes me ashamed - ashamed to be gay, ashamed to be british, ashamed to live in london, ashamed to have a face. the list goes on. grrrr. Its just one of the most awful things I have EVER HEARD which is a shame because a couple of the slower tracks on life in cartoon motion are not bad at all (any other world, happy ending, relax...)

Totally agree on Swimming. And your pic of Peggy The Dog is great!

i am quite liking the updated rumble strips. It's very pleasing indeed. And of course it's a given that Florence is marvelous.

I feel like a traitor to the gays now for liking Mika after reading that last comment! Sigh. I can't help what i like (which even worse than liking Mika makes me sound like Noirin from BigBro 10, who compared herself to Jesus Christ for the sacrifice she was making of telling two guys she liked them both. Indeed. That's what Jesus was all about)

I never really fell for Mika at all and have not heard the new song. Based on the comments here, I don't need to. The only song of his I really liked was "My Interpretation".

The Don Diablo mixes of Mika's newie are very underwhelming, so I haven't held high hopes for the original (which I am yet to hear).

Again, I totally agree with you in regards to Florence exploring her more quiet register(s). "Falling" is delicious. Still, I think Florence keeps the tempo more restrained in "Hardest of Hearts", the closest she has come to a dance song (and also coming off like Beth Orton in the vocals).

Ah, Thomas Dolby... When we got MTV in '82, I was enamored with "Europa And The Pirate Twins," and used to jump up and down with excitement everytime the video came on! I got the 45, and the next summer, at the age of 9, the Golden Age Of Wireless album.

I even took a plain white T-shirt and wrote Thomas Dolby's name on it in a black Crayola marker, and would wear it around outside when playing.

I never got any of his stuff after that, though I recall in '87 or '88, when I was in junior high, that "Airhead" song got some airplay on the Pittsburgh alternative station.

I love that you were a Dolby fan at 9 and then over him by like 11! An erudite child you were...

I suggest you give A Fine Frenzy's track a few more listens. It has really grown on me (I wasn't that "blown away" initially either).