Imogen Heap... not now, but soon 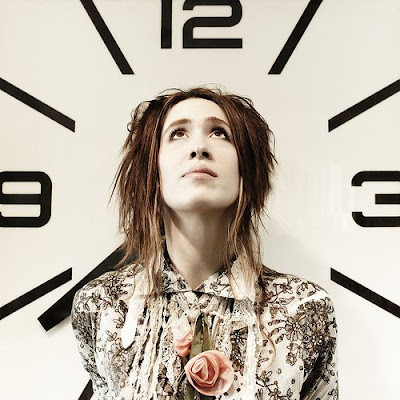 We're just weeks from a new Imogen Heap song, Canvas, that she'll be putting out to blogs. The first official single from her album Ellipse is called First Train Home. I and many others have been following the making of this album for about two years. Her last two releases ('05's Speak For Yourself and '02's Details, with Frou Frou) were my favorites of their respective release years. The new album is finally out August 23/24 worldwide.

If you have not watched the "Making Of" Vblog series, it'll take you awhile as there are 40 clips - probably over 400 minutes of film. I love what she wrote on Youtube to close the first part of this project...

I so cannot wait for you to hear it. Maybe that's when it'll sink in that I'm finished for real... when you have it in your hands. until then.. it doesn't really exist. You're the final piece in all of this.

Someone - he knows who he is! - said to me today, "Unfortunately, integrity usually fails." But it doesn't always. No one is pure, that we know, but if Imogen Heap's work/art does not exemplify integrity, what does?
Posted by xolondon

I'm preparing for relative disappointment, as I think I have set my expectations extraordinarily high. Her last couple efforts were pretty darn flawless, so how could it possibly be better? Should I call it "Dido-syndrome"?

probably completely different but is she better or worse than regina spektor?

Very different than Regina but quite better IMO. Immi has become a sonic sculptor as well as a talented songwriter, and has created a very influential sound for other artists.

Forgot to state that I am not thrilled by the cover image either (if that is what this is). She has looked much better in her video blogs and in person.

Dido has no character. She was always a bit MOR. And Regina is just too cutesy for me. I listened to some of her new songs and I kept thinking, "When is she going to sing?"

I don't know if I would say Dido has NO character--I think having no character IS her character--rather disconnected in her vocal delivery. However, I can see the point.

Glad about the cover image news!

Imogen Heap is the definition of true artistry, talent, and quality.

I don't need to cross my fingers about this one, though--I know she's good for it.