The return of Jimmy Somerville 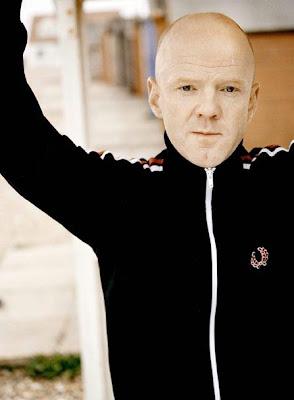 There's no one quite like Jimmy Somerville. I can't think of any male singer so accomplished at this kind of falsetto, with the exception of maybe David McAlmont. His vocals manage to sound pure, honest and opulent at the same time. He first appeared in 1983 with Bronski Beat, releasing one of the most important songs of the 1980's, Smalltown Boy. From 1985-88 he was the singer for the Communards, who had another round of hits before he went solo, releasing only four albums in the last 20 years, including 1995's brilliant Dare To Love.

Jimmy's been out of the spotlight for five years and he's been sorely missed. In May, his new album, Suddenly Last Summer, will be released digitally (only). It features 11 cover songs, including versions of Hanging On The Telephone, People Are Strange, Where Have All The Flowers Gone and Motherless Child. On some level, of course, I'd prefer original compositions, but it's fair to say some of his best songs are covers. Suddenly's producer, Andrew Worboys, says:

The new album is very stripped back; we used only a few instruments. Jimmy was very keen to record some of his favourite songs, but wanted to give them a twist and present them in a new way. Jimmy came to my house in the forest for a week, where he searched the internet for the songs he loved. Then we workshopped them around the piano... and we went into a studio in the mountains surrounded by bush.

You can preview two of the songs, Sweet Unknown and the old standard It's Love, on his myspace. His voice remains flawless.

* with Bronski Beat
** with Communards 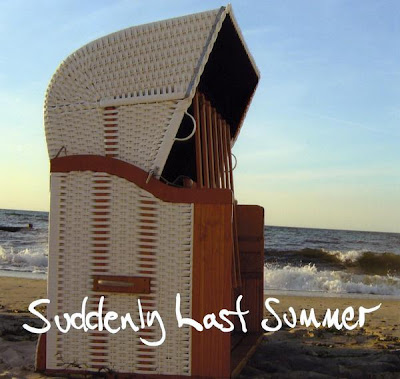 Note that the German fansite for Jimmy is a great source for updates. If you've not yet heard You And Me, his 2008 song with Blue Ray, watch the cheesy non-Jimmy video now.

Email ThisBlogThis!Share to TwitterShare to FacebookShare to Pinterest
Labels: Somerville

I pop away from your blog for a minute...then I pop back...Jimmy Somerville! I was just getting a friend of mine into Jimmy in the past week! He heard the early Bronski singles, but never bought them, and never heard the Communards albums either. Now he's bought the Bronski and first Communards (sadly, the second, Red, is out of print--it was fantastic back in the day)!

Jimmy's solo stuff is of more widely varying quality and production, but his 2004 album Home Again was a great return to form. Too bad that he has had to rely on the musical talents of others much of the time to record. I keep hoping for a Communards reunion that I don't think will ever happen. Apparently Richard Coles is a pries in the Church of England now! What a talented pianist he is. Their albums were excellent as well. I will have to back and look for Dare to Love...I remember Root Beer being kinda cheap and not very good.

Forgot to say about the quote...probably the first time I've heard of Jimmy being close to bush!

Since I'm in a posting mood, here are my top 10 in no particular order:

In Marc Almond's biography, Tainted Life, he has nothing but admiration for Jimmy being able to put his life out there so openly.

Ain't Necessarily So was almost on the list. Could easily be switched out with Disenchanted.

I FORGOT about For A Friend. Isn't that a pretty ballad?

Root Beer was sort of a leftovers/remixes thang, but it had a hilarious cover.

I remember doing a speech for my college speech class using the song lyrics from For a Friend to enlighten how recent song lyrics at the time were pointing to the tragedy of the AIDS epidemic. Heartbreaking song.

"Don't Leave Me This Way" is one of my all-time favorite covers, and that first Communards album musically represents my college/coming out years. I will buy that release without listening to a note.

Disenchanted
Smalltown Boy
For A Friend
There's More To Love...
Heavens Above
Don't Leave Me This Way
You Are My World
Ain't Necessarily So
Hold On Tight
Tomorrow

Bonus! His backing vocals on Suspicious Minds by Fine Young Cannibals and the wonderful Why Aren't You In Love With Me by Banderas.

I'd love to hear some of his catalog remixed by Hercules And Love Affair and some other current folk.

GREAT idea. They should do a song with him for their next CD - something that would remind people of his genius.

Am dl'ing For A Friend now since I don't have it on my ipod.

And I agree about buying the new record John.

How amazing would a Freemasons remix of Don't Leave Me This Way be?