Mini-reviews: This used to be my playground

What should one name the phenomenon of a band announcing they've recorded their Best Music Ever and then you discover that the record is just sort of meh? We've seen this time and time again, especially when a band or artist is on a roll. Several of the great acts of my youth have recently released music I am decidedly mixed (or worse) about... 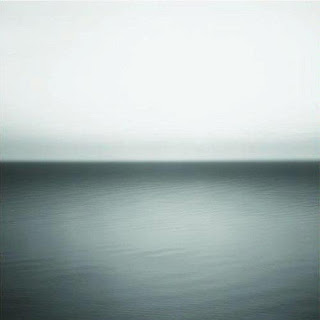 U2 No Line On The Horizon

Has U2's new album brought peace to the Middle East? They seemed to believe it would. Who craes when you can pour over sleeve photos of ageless rough trade drummer Larry Mullen? The croaky atomic bomb that is first single Get On Your Boots did them no favors. Why offer rat-a-tat-tat grunge when we need sweeping grandeur? U2 may try too hard (Moment Of Surrender) or smoke too much hookah (Fez), but a shaft of heavenly light still shines over White As Snow and I’ll Go Crazy.* 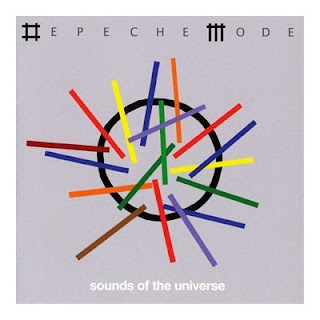 Depeche Mode Sounds Of The Universe

I had the SOTU boxset edition in my hot hands the day this album was released. It is thrilling, with multiple discs, documentaries, 2 books, 2 BUTTONS, etc. A true music geek experience. I just wish I liked the album more. In Sympathy and Perfect are great pop radio tunes, and Wrong, which seemed such an odd single choice, actually sounds better in the context of the album. It’s nihilistic for sure, but the lyrics are sharp and Martin Gore’s wailing near the end is sublime. Only Peace comes close to what I wanted from the band that lifted my soul with Never Let Me Down Again and Enjoy The Silence. 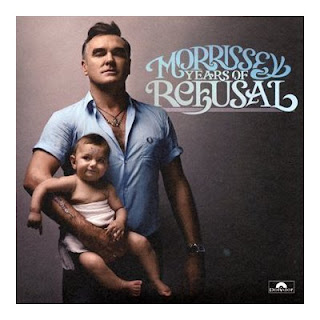 It's diminishing returns for Morrissey since 2004’s perfect You Are The Quarry. Refusal has a paltry portion of stand outs: the Your Arsenal-esque Black Cloud and recent single Throwing My Arms Around Paris among them. It’s Not Your Birthday Anymore, which has a spine tingling vocal performance, is absolutely perfect. What went wrong with the rest? Lack of tunes (two have been released before) and very slight inspiration. If I have to hear the painful chorus to Someone Is Squeezing My Skull one more time, I will stick my head in a vise.

*Fans should note that the Paris b-sides Because Of My Poor Education and Shame Is The Name are better than 75% of the album tracks.

Email ThisBlogThis!Share to TwitterShare to FacebookShare to Pinterest
Labels: Depeche, Morrissey, review, U2

These albums are all better than I initially thought, especially Depeche. While it may not have the standout singles that Playing the Angel had (Precious, Suffer Well), the album is much more consistent, and doesn't dip in the middle the way PTA did (Macro, I Want it All, Nothing's Impossible, Damaged People). Liking In Chains, Fragile Tension, In Sympathy, Perfect, and Corrupt especially (a great album ender reminiscent of Violator's Clean). Wrong was no Personal Jesus, but it's a pretty intense track. Only Hole to Feed fails a bit for me, although I was playing it for someone who loved the beat, so, to each their own.

U2 and Morrissey have their moments. I know someone who thinks the U2 IS their masterpiece as quoted by Q magazine. I also know somebody who thinks this is Morrissey's best album. It might be a bit Your Arsenal for me when I want more Viva Hate, but damn if he isn't in fine vocal form. Now if the band could learn a little more restraint. After all, nobody does melancholy self-loathing quite like Moz.

whatever the style of music or your personal tastes it really is quite devastating when an act you love puts out a shoddy album. I always end up trying to defend it but ultimately have to accept i have been let down! I think the title of your post is a great way to sum up that experience...

All three of these albums are big old turds. Hang it up old dudes!

p.s.
History is beginning to show You Are The Quarry to be Moz's 3rd best album after Viva Hate and Vauxhall and I.

[i]Sounds Of The Universe[/i] is a weird one indeed. You know what I miss? Drums. And "Peace" is cool.. but doesn't seem to go anywhere..Where are the damn melodies, too?

The U2 release is the first thing they've done that's worth listening to from start to finish since Achtung Baby.

The Depeche Mode album suffers from some unimaginative production but the songs are good.

The Morrissey record contains several of his best solo tracks.

The Depeche Mode album is a tragedy. The demos they are releasing as bonus material are better than the final versions. Sigh. I love them, but they are all over the place.