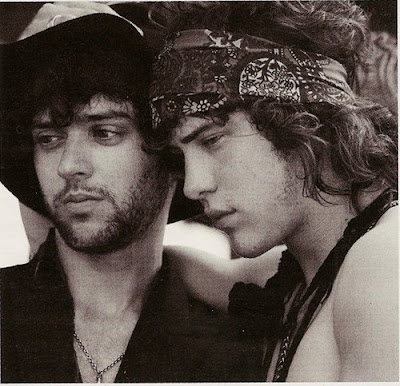 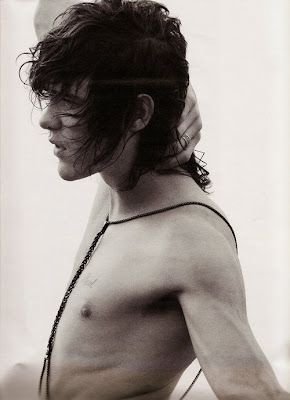 Email ThisBlogThis!Share to TwitterShare to FacebookShare to Pinterest
Labels: MGMT

Very pretty boys.
Very pretty tunes.
And! Ivy League American?! They sound like the love children of Mirwais and Daft Punk who made an album in the (formerly) smoke filled cafés of youth Paris.

Can't *wait* to hear what they do next.
Could be it's terrible though... very probable really. If so, one of those things. We'll always have Paris.

I saw them at Austin City Limits and was really disappointed with how boring their set was, compared to how great their album is.

They had a huge turnout, and were clearly the band everyone was excited for. By the second song in, everyone in the audience just kind of stopped paying attention and either began talking amongst themselves or wandered off.

A friend of mine told me has a "story" for me about them when they first started. He may have gone to school with them or something.

Tricky, Chester French is an Ivy League band, technically. MGMT went to Wesleyan, which might as well be Ivy League. VERY good, small school. They are not dolts. Sex crazed druggies perhaps! :)

I absolutely love MGMT the album is brilliant,

They are very Meyersian, as in Jonathan Rys Meyers particularly from the Governess.

The guy on the right with the bandana in particular.