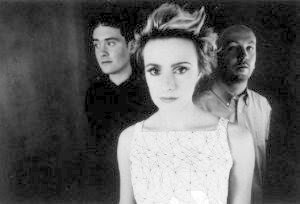 Over the summer my behaviour has been cowardly and deceitful. I have made promises I cannot keep, made Kate look like a bitch and by trying to please everyone I have ended up pissing everyone off, including myself, and have endangered the future of the thing that is most dear to my heart; the music of client. for this I am truly sorry. I demoed some Dubstar songs with a view to a possible album. I discovered on winkipedia last night that these songs will be released entitled 'united states of being'. this is absolutely without my knowledge. I know nothing of the song selection,running order and even the title. this recording is without my consent, approval or pemission and will do everything in my power to stop these unsolicited recordings being released on any format. I was very unhappy in dubstar because I felt I was never listened to or my opinions and ideas taken seriously. I didn't help myself very much by taking my frustrations out on the nearest bottle of pinot grigio and being completely pissed most of the time. but the eminent release of these recordings is history repeating itself and I am so very angry about the position it has put both kate and myself in on the eve of the release of 'command' not to mention our licencees in other territories. I am very sorry for trying to have my cake and eat it... for my greed, deceitfulness and complete disregard for other people. particularly kate and alan, chris and steve, andy ross and stephen hague. and to the fans who have been led to believe a reunion is imminent. it isn't. Sarah

It looks as though the reunion will now not be happening.

I am incredibly sorry to have to tell you all this. Sarah has now decided (at the 11th hour) to not do anything with dubstar and to concentrate on Client.

So now Steve and Chris find themselves sitting on 20 brand new finished recordings.

For those of you who aren't aware, Sarah posted a statement over on the Client forum, but it got such a negative response from fans that they have now taken it down.

Chris and Steve will NEVER work with Sarah again. They are currently figuring out how to move forward through all of this.

I am sorry to have gotten all of your hopes up.

None of this would have been made public if people had not been committed in the first place.

Really unfortunate. Obviously we can't know who is at fault here, but all of this suggests the group was never very "healthy" because they clearly don't communicate. I wonder if Sarah contacted them after she read Wikipedia? I mean, any old slag can edit those entries. The thing is, and some will not agree with me, I think Dubstar is far more marketable, not only in terms of history, but the songcraft was better. Client kind of ambles along- they are not bad at all, but I don't think they come close to Dubstar.

Update of the Update: I later found out the above delete was a mistake.

Email ThisBlogThis!Share to TwitterShare to FacebookShare to Pinterest
Labels: Dubstar

Can't we all just get along? Why does there have to be so much acrimony? I like both bands for different reasons. And 20 tracks FINISHED and now THIS? Guess Dubstar will be looking for a new lead singer to overdub(star) those vocals. Hague cannot be all that cheap, and DS might be wanting some cash. One would think, in these economic times...

WOW. That's is total drama. What a shame.

As a big Dubstar fan, having bought three copies of the import-"Disgraceful" to give to friends because it is amazing, I'm saddened by the news but not terribly surprised. Sarah had said as recently as a couple of years ago that she would never rejoin Dubstar and judging by her overreaction to an unreliable source she must have some bad blood with her former bandmates. Why? Steve and Chris were the band for a few years before she met them and perhaps kept her at a distance or gave her a smaller cut of the money. Who can say, but her voice is an important part of what made them gel and it's a shame we won't get to hear it.