My friends across the pond report that it's not just the American economy in the dumper. The UK situation is almost as bad. Below are a list of records that you do not need to buy on disc. I often joke with my college roommate about how, when I tell him not to buy a crap album, he always buys it and then hates it. Listen to me children! Save yourself the money and go only for the songs I recommend... 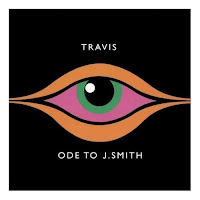 Travis Ode To J Smith
Who titles an album Ode To J Smith? Who is J Smith? Do I care? Never trust a band that boasts of how they recorded their album in two weeks. Poor greying Franny Travis... this truly is the sound of his career ending. Third strike for a formerly great band. The band needs a fresh perspective on arrangements (see Keane and The Killers for how to do it right). That said, the following songs still have a bit of what made Travis so good back in 2001:
Download: Song To Self, Quite Free 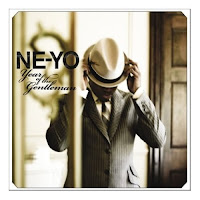 NeYo Year Of The Gentleman
Big disappointment, this record. It is loaded down with lugubrious ballads. He also tries to do these Michael Jackson epics, but lacks the voice to make the song become "transcendent." Sorry Chimere, there is no Man In The Mirror here. Closer is, of course, one of the best pop songs this year. So You Can Cry is great, except that it's an "A" song with a turgid "D" grade bridge. What's The Matter is fabulous 70's Elton balladry and totally unexpected.
Download: Closer, Single, So You Can Cry, What 's The Matter 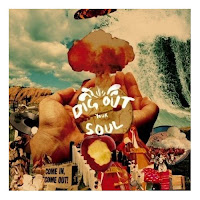 Oasis Dig Out Your Soul
Dig Out Your Ass would be a better title. While Q gives them the special issue treatment - as if they are U2 - Noel and Liam remind us that they still cannot pull out a decent album 13 years after the epic (What's The Story) Morning Glory. In the press, they still slam everyone, most tellingly Noel hating on Alex Turner from Arctic Monkeys because he knows that Alex is brilliant. So transparent. Lyrically, embarrassing and gunked up with turgid 60's/70's ripoff arrangements, this album is just shit. There is one brilliant song that sounds nothing like Oasis (Falling Down) and 2 bearable tracks that fit okay into a mix filled with songs from their first two albums.

I agree with the Ne-Yo. I had high hopes for the album after hearing him do pre- album press for it and seeing the BET Awards performance, but eh albums more of the same.
But, I completely disagree with the Oasis review- definitely a great album. It's nice to see them grow up and the arrangements all work for me.
(And Shock Of The Lightning is one of the best tracks they've ever done)

Oh music guru (one of my three reliable music gurus), I trust you deeply on your reviews.

However, I probably wouldn't have bought them in the first place. But thanks to your comments, I definitely won't.

Poor travis. I kinda like them still, even if the album grew stale after one and a half plays. My bank manager and I thank you :)

Oh, how pleased I am to see I'm not the only one disappointed with the Ne-Yo album. "Closer" is where it starts and ends for me.

I love your new Oasis title.

Travis lost my interest with their last album, but I have to disagree about Oasis. I think Dig Out Your Souls is really good.