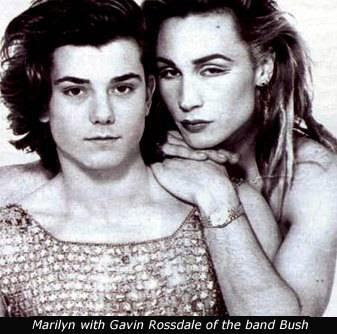 I was shocked to be reminded that some of Mazza's musical output was actually very good!

I'm really aching for 'Despite Straight Lines' to be released on CD. It's been 23 years since that record was released and Marilyn is a legend, even if he is as mad as a box of frogs.