Lay it on me, Richard. 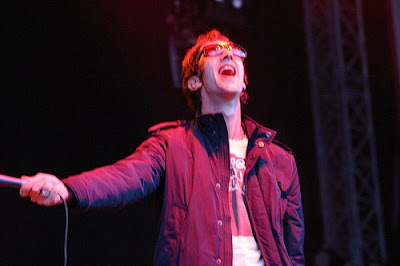 Great new photo by a guy named Christoph on Flicker.

I have an undying love and admiration for Richard Ashcroft. He has an alien-like physical beauty and his elegant Song For The Lovers is one of my all-time favorite songs. Utterly and unashamedly romantic. If you don't know it, email me and I'll send it to you. Anyway, Ashcroft is one of the few male rock artists who can match Fleetwood Mac's Lindsey Buckingham. While LB is far more experimental than Ashcroft, they share an edgy, serious passion for music and their voices exude emotion. They make the difficult seem effortless.

I didn't think it'd happen, but The Verve reunited and recorded a new album, Four, due out August 18/19. If you're unfamiliar with Ashcroft, 36, he created two of most essential records of the past 20 years: The Verve's Urban Hymns (September 1997) and his first solo release, Alone With Everybody (June 2000). Watch this live version (embedding disabled) of the former album's Sonnet. The bit from the repeated "by now" at 3:10 until the end gives me chills everytime.

The new single, Love Is Noise, was premiered by Zane Lowe in London tonight and it's lush. It has a sort of swizzy energy about it, edging toward dance music. I'm trying to decide if that "uh huh uh huh" loop is a Simple Minds sample. It sounds like a chopped up bit of the Robin Clark backing vocals on Alive And Kicking. Highly unlikely, but that's what I thought the first time I heard it. That loop is going to be controversial - it's a bit relentless - and if you focus on it, it's kind of overwhelming. A strange mixing choice.

The Verve Love Is Noise get it via Open Your Eyes 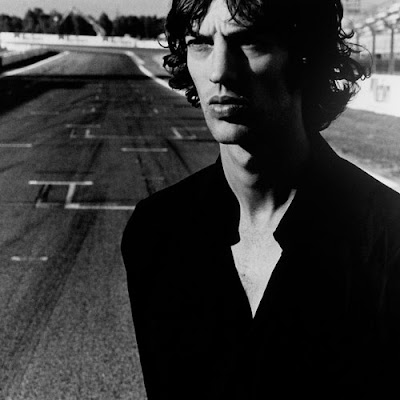 Richard Ashcroft A Song For The Lovers:

... looking beautiful and cadaverous. Check out this version where he wear aviators better than anyone on Earth. I lived Song For The Lovers for a fleeting moment around the time it came out and kept it secret from everyone. Sigh. It didn't work out, so while the whole thing now lives in my head as a case of "what-if," my brain knows the truth. Regardless, everyone needs a moment where they've taken off to another city, telling no one, to meet someone that they should not be seeing...

I love love love Song For The Lovers but shockingly never bought the album. I now feel chagrinned enough to rush off to iTunes and catch up on what I have been missing out on...

PS - I am eager to hear your Song For The Lovers story. It sounds intruiging!

John, I forgot about Drugs Don't Work - may need to re-do that list.

Paul, focus on the songs I mentioned, if you don't want to buy the whole thing. I love C'mon People and Slow Was My Heart.

As for that story, it's no big deal!

I vote for "Drugs Don't Work" too! That song is one of the defining pieces of music from my semester abroad in the UK. Good times.

science of silence is on my top 10 of all time, period.