Keepin' up with Cyndi and Donna? 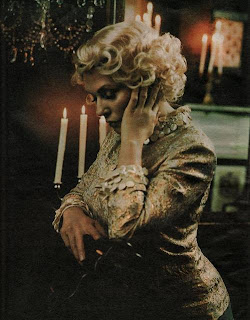 Debbie Harry has a new electropop song (complete with vocoder, I say with a sigh) called Fit Right In. Download it now via BigStereo.
Posted by xolondon

I sighed at the vocoder when I hear this last week!

She has a perfectly good voice without having to go all 'RoboCher' ... it's not a bad song, just not brilliant either.

Craptacular! There's just no way of using the vocoder that way without sounding like vintage 1997. Ugh. Don't hate the song in general, but surely she's better than this?

I'm also hearing shades of Imogen Heap. I swear there's a sound in this track that's exactly the same as "Headlock."

With the exception of a set of songs, Debs has really kind of phoned in her music for awhile.

I just feel like she needs better collaborators. One would assume she could have access to those people if she wanted. She's not an everyday housewife is she?

I am surprised at the glowing reviews in the comments section of that site. It is fair at best. I do love Debbie, but you're right, she needs some new collaborators. Perhaps Pharrell, Timberlake and Timbaland? ;)

It's quite average at best. It's no better than anything from the recent album she released, that's for sure.

I've actually always quietly wondered what Xenomania would do with Debbie. I thought "New York New York" - the Moby collab - was quite good too and they'd make some lovely music together again I think.

I like her...but this doesn't come close to the rave reviews of Cyndi Lauper's "Bring Ya To The Brink"
it is AMAZING!!!
"Into The Nightlife" and "Echo" ROCK!!