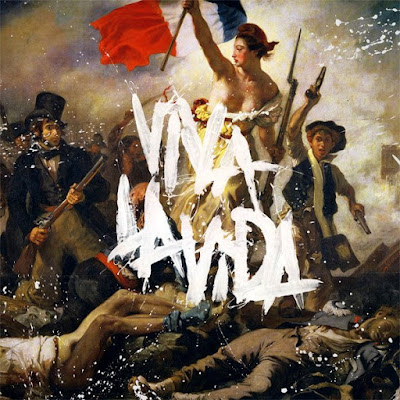 Coldplay attempts to placate WalMart shoppers by splashing some spray paint across the neeples (as my friend Jim says) in this Delacroix painting, but youjustknow some idget is going to try to have this banned. Coldplay is taking their pretense to the next level. The artwork, the album title, the lead singer's tendency toward the fine art of the fingerwag. Music better make the people come together. 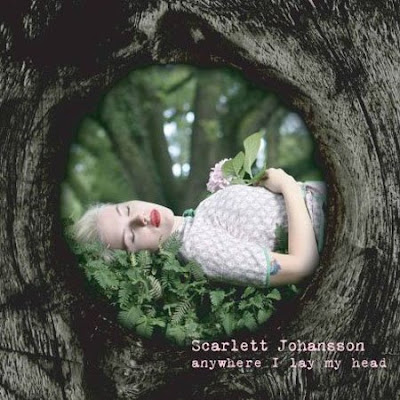 Stacked ScarJo wraps her luscious lips around the lyrics of Tom Waits. The cover is a bit obvious given the album title and I'm not so hot on the Courier font. Typewriters are so passe. I should also note that the setlist for this CD is a disappointment. It's heavily weighted toward the last 15 years of Waits output, which is a difficult set of songs. 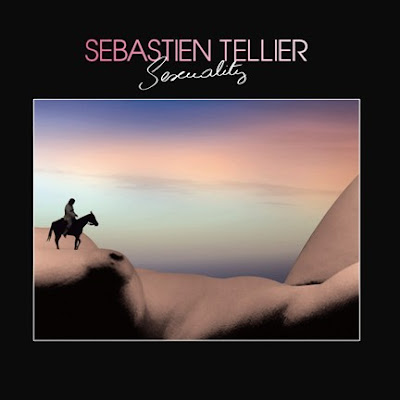 Could this cheesy torso gimmick be any more 70's? It's so Penthouse Forum! Does Msr. Tellier have a hairy chest with a medallion? Nice horse pun, but the album, sadly, is overrated. Thanks for the mammaries though!

As consolation to these artists, none of these are as bad as the hideous Madonna album cover, which emphasizes another hotspot of the female anatomy.
Posted by xolondon

Sorry, Coldplay, but Saint Etienne covered this turf with bit more zest back in 1994.

Yes, the Madonna artwork is quite horrid, but I AM liking the album. As much as I loved the last four albums, I am thinking I loved them more than most Americans. Some of the Neptunes and Timbas best recent work is here. Not sure Madge needed this kind of "re-invention" now, but what else should she do, GROW OLD? However, some more appropriate attire would do to tame those cougar comments.

Loving Heartbeat and Miles Away especially.

I've heard good things about the Tellier album. I wonder if it's got a US release yet. The album cover looks so ridiculous .. it sells itself!!

I don't like the ScarJo album cover at all. For someone who's done beautiful ads with LV, you'd think she'd use some of her connections. It's just so ordinary .. couldn't she reimagine the album cover of Small Change or Closing Time?

I think the ScarJo cover may have been revamped since I got that one. Now missing the hole and maybe font).

I've been trying to pretend Scarlett's album doesn't exist, so the Sleeping Beauty concept works for me. I don't think Saint Etienne covered (so to speak) quite the same turf as Coldplay. Coldplay's cover is of the painting Liberty Leading the People, depicting a scene from the July Revolution. Saint Etienne's first Tiger Bay cover combined a photo of the band with, more visibly, a fishing-scene still from the 1992 movie Leolo. The still does like like an old painting, so in that sense the covers are similar. But one might incite people to revolt, the other to fish. ;)

Using artwork for an album cover can seem pretentious and trite, but using an airbrushed, posed band photo runs the same risk. Argh, can't... stop... defending... Coldplay... All... d'luv's... fault... So disoriented... up is down, black is light gray.

Ms. Kofi's Hat! Lemme say this: at least it is not a moody black and white photo shot by Anton Corbjin in a desert or rundown part of a city.