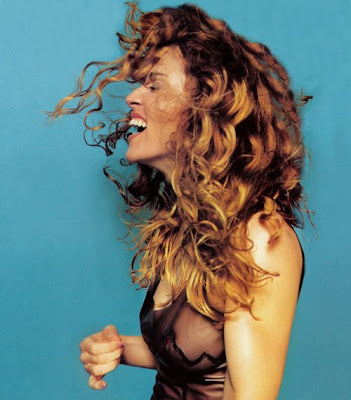 Burning The Ground has some good Madonna 80's stuff. Check it out.
Posted by xolondon

Too bad she didn't perform last night. Does that make Madgie one of the few inductees not to perform? Or maybe she's the only one not too?

Though I think Madonna deserves this, I was hoping that Donna Summer would have been inducted first. There would be no Madonna without MaDonna Summer.

Madonna chose not to perform as a protest. Iggy pop and the Stooges have been denied the entry to the rnr hall of fame for the 6th time and she asked them to perform in her name to mark her protest.

I bet Iggy will get in eventually.

Maybe if Iggy worked with Timbaland...