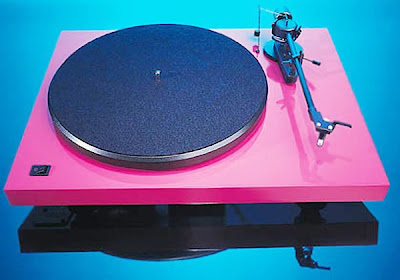 In no particular order, my Top Songs for the first quarter of 2008. A few rules: These tunes do not have to be singles, but I allow only one song by each artist (or else it would have been dominated by Goldfrapp!) and songs must be officially released. The colored link will take you to a place you can hear/see the song.

* Not officially released, but the band leaked it.

Photo by Hedi Slimane / I am moving this weekend, so may be offline for awhile...
Posted by xolondon

Email ThisBlogThis!Share to TwitterShare to FacebookShare to Pinterest
Labels: Best 08

i wrote you a whole massive email about moving and my bloody computer ate it! I will attempt it again later. Stupid technology.

Anyway SO glad to see The Feeling Without You in your fave songs of the year so far... Um, obviously i am loving 4 Minutes, and at the moment my fave Duffy moment is Warwick Avenue. David Jordan Sun Goes Down was an ace tune and i remain addicted to The Last Shadow Puppets. I may have to give this more thought...

Ooh! Some good picks there!!! I didn't know Missy Higgins' CD came in 08... I am glad it did then, because it will probably make my year end list!

I get confused sometimes as to what was released late last year and what is released early this year (I thought 'X' was this year, non?), but here goes..tunes that have rocked my box so far in 2008:

Amazing what you discover chezXO. I didn't know abou the Starcluster/Marc Almond track. It's GREAT! And the Metro Area track is fab too.

My list has a who's who of firework bands (hopefully not) this year:
The Whip - Sirens & Dubsex
Tigercity - Powerstripe
The Slips - This Time is Not Your Own
Pacific! - Hot Lips
Hercules & LA - Blind
Guillemots - Get Over It
Cobra Dukes - Airtight

And of course, Sam Sparro, Adele and I have a real thing for Better in Time by Leona "I'm amazed, reaaly amazed, last year etc" Lewis.

Soon to be joined by Annie's new one!

I forgot to mention (album-wise) that the fore-runners so far this year are MGMT's "Oracular Spectacular" and Cut Copy's "In Ghost Colours". Getting a lot of airplay here lately!

Duffy's and Adele's albums are a bit patchy for me (and I feel too 'old' to be liking them, for some reason!).

Glad you liked the Starcluster track, Phil! Metro Area put a lot of peeps off by adding vocals on their newie, but I love it.

This is really hard. I feel that there have been a few great albums released as of now, but many more songs from albums that have yet to be released. That being said...

Maybe I would like Sam Sparro more if I had never seen that cheezy early video he did. I liked the Sia initially, but got a bit bored. I must check out that Starcluster track--thanks for the tips!

Because of you, I'm slowly getting Sam Sparro more and more. A&E I just can't shake. And to think I didn't instantly respond to it...

I have a lot of work to do catching up on these various songs!