Mixtape: January is boring, isn't it? 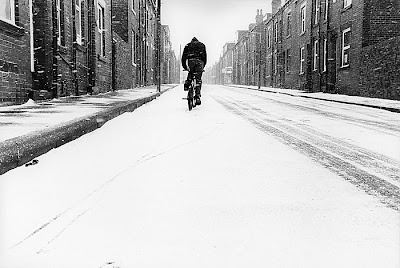 It is fekking cold here. Like 22 degrees on Sunday (Farenheit). Not loving that unless it comes with mountains of snow snow snow. Winter has a brought drifts of meh onto blogs. This very blog has turned into an 80's nostalgia site while I await some good new music.

Speaking of which, Adele's label, XL, has kept a tight lid on her album, due in a matter of days. I noticed Web Sheriff policing sites and (heavyhandedly, IMO) commenting on blogs that were NOT posting her songs with this whole "Thank you for not sharing Adele" shizz.

Sounds like Madonna is this close to releasing her new single, which I hope will be Four Minutes To Save The World.

Thank you many times over to the nice person who sent me The B-52's Don't Worry.

Sophie Ellis Bextor fans are uber pissed because she just canceled her tour for the second time. I have a theory that there is something she's not saying. You know, like maybe it will all be sorted out in nine months or something... we'll see. Just a theory.

We've been watching a lot of Top Gear on BBC America. Do my British bloke friends watch that show? Tonight Hugh Grant was on the show, talking about how his Bentley made his "bollocks" hurt and he traded the car in. Do my British friends bollocks hurt? You can watch Hugh here.

Temposhark's duet with Imogen Heap is fantastic and a must for "Immi" fans. It's out March 3/4.

Darren "Le Dazz Hot" Hayes has like 300 versions of Casey coming out! I could not keep track in his blog post. I need a list Darren.

Regarding that Madonna oldie Keep The Trance: very weak. Her demos tend to suck. If you've ever heard the first version of Drowned World, it had no melody. Never judge a girl by her demos.

Do judge Taylor Dayne for her album cover, which features some Xtreme Airbrushing!

Yaz(oo) boxset this year: 2 remasters, a rarities disc and a DVD. Or perhaps you knew this from the many other people who commented first. Can't stop now, don't you know.

The Feeling have a new blog. I was wondering what had happened to them? When is that album out? The video is a hearty disappointment.

I forgot about THE misheard lyric of 2007 and I will do something on that very soon. It's a doozy.

If it were up to me, the next Marc Almond album would be produced by Rufus Wainwright. I think those two are psychic twins.

American elections. Hmmph. GQ just did a FUN piece on what a raging egomanical asshole Rudy Guiliani is. Not that we didn't know, but thank God he isn't going to get the nomination. Even the man's own children hate him.

Gavin DeGraw's new song sounds like Daughtry. Not. My. Thing, but I'm hardly broken up about it.

Modfab just did a bit on Tigercity as did #1 Hits From Another Planet.

Goldfrapp is touring the UK in summer. I did a wee review of their CD for a certain mag that will be on newstands in the not distant future. I am quite pleased with myself over this piece - a smug feeling which can only lead to ruin.

Earth to Martin Fry: Blogs are the place for you to talk about your new album. Just sayin'...

PopJustice has Sam Sparro's lush Black And Gold as the Song Of The Day. Sammy has been signed to Island. Give the man a clothes budget, please! Said with love.

Finally, I am fizzing at the slit over the new Torchwood. Countdown to Saturday night. Kiss all the men and women you can...

So Madonna's last three albums were comprised of demos, then, luv?

I always kiss as many men and women as i can

I'm eager to hear new non-demo-y madonna (after i stop tittering at d'luv's crack above. Not his literal crack obviously) but less eager to hear 300 versions of Casey, which is probs my fave song of his album and fine as it is

The Feeling album is out 18th Feb. There seems to be a distinct lack of promotion and effort involved. It worries me. And i think you may be right re: SEB. If i was married to lovely Richard i would be porking him all the live long day...

God bless Adele and Duffy. Otherwise I wouldn't be buying new music for a while. Theres nothign that catches my attention in the pipeline it seems...
I've already preordered Adele's album, and I'm eagerly waiting for Duffy whom I hate for having releasing such a great track which resembles a lot one of the songs I'm working on.

Dluv: Maybe you should stick with Scooch. That's probably more your speed, sweet'eart.

Paul: It IS disconcerting isn't it? That video was a mistake. It's a non-comeback. They need to capture people's attention.

Pablo: Congrats on the new blog. I hope all the blogs can make you an intl superstar, sir!