Mixtape: What Cassie wants, Cassie gets 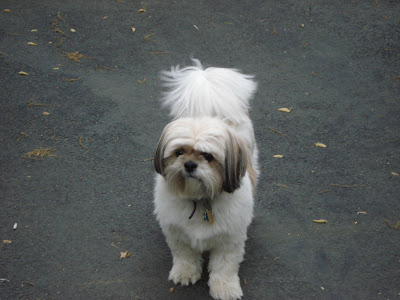 What whirwindy few weeks. Some newsy bits and things I have not mentioned:

At the behest of a colleague, I went to a jazzercise class last Sunday morning. I shit you not! Me and a bunch of women sweatin' to stuff like Let's Get Loud and Shake Your Bon Bon. It was actually quite difficult; I could do the steps going one direction, but not the other. I won't be going back!

I've been to quite a few shows. The National / The Rosebuds was a night of rockpop and it did require earplugs. The National were epic and deserve fame on a mega scale. The music is incredibly loud and beautiful, like waves of ambient electric guitar lapping over you, blah blah. It took me an hour to notice the band has twins, one hairy, one clean cut!

Then I saw Suzanne Vega, who has not aged in 20 years In fact, I think I am aging for her. Her voice was agelessly perfect and she performed all the good stuff (Marlene On The Wall, Caramel, etc) with a very solid band. She even did the dance version of Tom's Diner. She is endearingly talky - explaining each song, sometimes in a less-than-articulate manner. As I've said before, her new CD is her third best and the first really solid one since 1987.

Patrick Wolf this Monday night at the Black Cat was lovely. I've updated my post below.

I decided No to Duran Duran's NYC run in November. Yes, it is a special event, but it's ticket plus travel plus hotel in a very pricey city and I don't even know if I will like the album, which they are playing start to finish. I'd rather see them on the real tour.

I have been remiss in not directing you to this fan blog for Roisin Murphy it's really the place to get news about the new queen of pop.Is it just me or does it seem like Dave Gahan has not been generating much press for his upcoming record Hourglass (out 10/23)? His team is not "maximizing" the web as they should be, in my opinion. I've heard the CD and it's no Depeche record, let me tell ya. Some of it sounds like Manson. One standout is Saw Something, the first song.

Could JLo's album cover be anymore photoshoppy? I have to admit I like one new song by her, a tinny lil pop track called Stay Together.
The Gabrielle album is probably the best of her career. She's mining the same retro soul territory as Simon "No Worries" Webbe. Standout tracks include I Remember, Always and the Massive Attacky All I Want. The Paul Weller-inspired single Why is the most meh thing on it!

Arjan is doing audio interviews with Annie Lennox, who I'm seeing on October 25.

Another good Bruce Stringbean song: Your Own Worst Enemy. Very chiming and string-laden. Totally unexpected. What happened here?!
This week I interviewed an icon: Armistead Maupin, author of the Tales Of The City series. I spent one summer reading that series very fast, often staying up until the wee hours to finish a book, so calling him at home was a sort of full-circle moment. He was fantastic and you'll be able to read my magazine profile of him later this fall. I'll also try and post my blurb about his great new book, Michael Tolliver Lives.

I so don't love the new Turin Breaks CD, but the passionate For The Fire is a worthy addition to a TB mix. Somebody has been havin' sexy time.

A funny post about a Barbra Streisand movie poster. See, one can blog about anything!

Everytime I see that dog, I just wanna fuck a hole through it's face.

Alright, I'm off to bed.

I agree about the Gabrielle choice of single. How odd. The album's great, loving it and still playing it every day.

But I think Simon Webbe copied her first!

Dluv, you are the filthiest person alive.

Dan76! So true re Simon Webbe, though Gabrielle hasn't really attempted this kind of upbeat sound in years.

I think maybe Gahan's Deeper & Deeper is the one song that's Manson-esque. But I've already written you about which tracks I like and agree about Saw Something.

Yeah, I saw the ticket prices for D2 and I'm not even sure I can manage that at this point and I live here! I'd rather see them on a proper tour.

An interview with Maupin! Can't wait to read that.

i absolutely worship your entries like this, even though i threw up a little in my mouth at d'luvs comment :P Gabrielle goes on my increasingly long list of artists i don't get but are seemingly endlessly popular... i think it's a disability... i should get an allowance. Kudos on the armisted interview i literally am tingling in my fingers to read it :)

When I was in Iowa City last Thursday and Friday, I found out that Suzanne Vega was going to be playing in this old theater which was split down the middle and turned into movie theaters, then subsequently shut down, said wall removed and it was restored to its former glory. If I had had the opportunity, I totally would have gone. The mere mention of her name prompted a complete listen of Suzanne Vega. She is truly an autumn artist, IMHO.

I don't know about Gahan's team doing so bad because they got a link on the login of myspace inviting people to "hear the second track" from the new album. That's the first time I've seen a single track that isn't an "exclusive first listen to the new single" get front page attention.
That being said I have yet to really stumble into any press outside gothic/industrial circles...