Lift Up Your Skirt And Fly 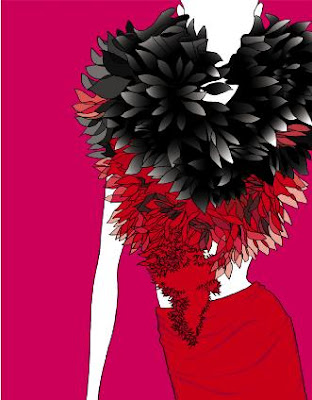 Summer playlist recommendations - all new songs by talented female musicians. These choices will meet the standards of some of the people who read this blog, so please take a moment and see what you think. Note that all are links, so you can't "right click" - sorry!

Bebel Gilberto Momento
I'm going to ask you to spend some money on this song. If you've read interviews with Bebel, she isn't the sweetest peach on the tree, but this song is a collaboration with "sonic maestro" Guy Sigsworth and it's worth your 99 cents. Yes, it's in Portuguese, but the sound is what counts. It evokes something like flowing, then rushing, water. It's just a beautiful, uptempo 5 minutes. Buy the song on iTunes US or UK and probably other countries as well.

Antigone Life Without You
Get ready for the gorgeousness. I hope this is released this summer - I don't have an MP3 of it yet - because it's the kind of track that seems cooling in the heat. Madonna and Alison Goldfrapp will cry in their tea when they hear this beautiful new "non-ballad." Listening to Antigone's cooing vocal on this track will make you feel more elegant than you actually are... Probably one of my top ten songs of the year (seriously), you can hear it and worship it at Antigone's myspace player.

Feist 1234 (Vanshe Technologic Remix)
How hard is it to take a near perfect indiepop gem and remix it without utterly flaying the song? This remix works. Sure, it bends the perfect melody a wee bit, but it morphs into something equally joyous, a bit tougher and sort of... squizzy. The final 30 seconds is a like a cherry on top. Featured on Arjanwrites and other blogs.

A Fine Frenzy Rangers / Lifesize
I am obsessed with Alison Sudol. I expect her debut album One Cell To The Sea to be on my Top 10 list. These two songs have a certain airy, chugging quality that Keane's best songs have. Rangers is at Fabulist and Lifesize is at You Can Take The Boy Outta Brooklyn. Act fast on the latter. Thanks to Countpopula for the recommendation.

Mandy Moore Wild Hope
I'm quite serious. This is the wistful title track from Mandy's new CD, released this week... and worth buying! It has one of the prettiest - and saddest - bridges you'll hear this year. Musical question: Is this song in the minor chord? Featured at a really good music blog called The Late Greats
Vanessa Carlton Nolita Fairytale
Surely the most ridiculous song title of the year, with lyrics that play like a musical version of Kelly Clarkson's recent interviews. Against all geeky odds, this rhythmic song works. It has her usual dominant piano, but adds some kickin' tribal drums and an almost Rastafarian "hey!" popping from the mix at 2:30. Get it from Mixtape Maestro.

Don't forget Sara Bareilles' Love Song because you need one kiss-off song on your playlist.

It's funny watching you go through these struggles with teen-pop minxes that you know you shouldn't like -- Jessica Simpson last year... Mandy Moore this year. And Vanessa Carlton? Haven't heard that one yet. Is she still banging that guy from Third Eye Twenty?

She isn't dating Stephan Jenkins anymore, according to web reports :-)

I completely agree with these. LOVE nolita fairytale, LOVE the Mandy Moore (thanks for sending, Gay Shawn!), love the Sara B...the whole EP is addictive...

and have been really enjoying that Bebel, too. Though I didn't realize she was a crab apple!!

Thanks for keeping me in the know, as always.

(I've been a comment monster on your blog today!)

I read an interview with Bebel and she was testy and diva-like. Not someone you'd want to chill with!

Momento! I have the whole album and love it. You're totally right about the song, though I truly love "Um Segundo" the best, for all the whispering and plunky things.