Bring it on home 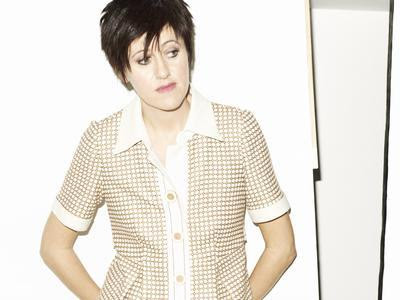 Tracey Thorn is streaming, as promised, her new b-sides and remxies via her myspace page. The b-sides are both Stephen Merritt songs and I particularly like The Book Of Love: "The book of love is long and boring / No one can lift the damn thing."

The Beyond The Wizards mix of Raise The Roof is quite sleek. The other mixes by Caged Baby (aka producer Tom Gandey) are not as good because they remove the best part of the song, the "Why did I wait?" bit. UK fans can buy the new tracks now at iTunes UK.

On her latest blog post, Tracey says that Rufus Wainwright gorge new song Nobody's Off The Hook is a current favorite and she says this about a recent night of dancing to her husband's dj'ing:

...it's usually embarassing as hell when he plays "me" while i'm out there dancing, but he threw on the new king unique mix of grand canyon, and it was just a truly euphoric moment, all of us our hands in the air - go on, it really was good wasn't it? by the time we went home at around 4.30 am, i'd been up for 28 hours..

The bad news underlying this thread is what the Raise The Roof release symbolizes. It's coming out in digital format only, so unless it's released on US iTunes, Americans can't get the new songs. They can use 7 Digital, which sucks ass when it's in Windows format. Is this what the future looks like for us Anglophiles?

The GOOD NEWS for US fans: Tracey's 7 Digital tracks are offered as MP3s (rare for 7 Digital), meaning you can buy them right now and save yourself the conversion-from-Windows-drama.
Posted by xolondon

Thanks for the head's up about 7 digital. I snapped those puppies up lickety split! Love 'em!

The album's sold really well here, in spite of the ignorant bad review in one or two trashy celeb mags. And I bought an actual real copy too!

Doh! Will correct it now.