Quote of the Week: Groove Armada 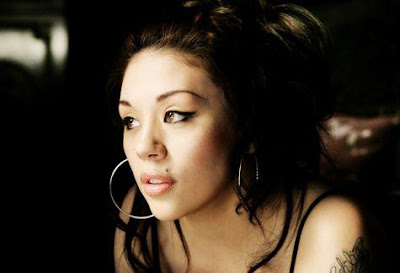 Tom Findlay from Groove Armada talked with the Herald Sun Newspaper about my beloved Mutya Buena, who apparently does not have much to do with her own songs...

She's 21. She's on her mobile all the time talking to her friends about hair dye. Occasionally I'd get her in to do some singing. She was always late, very often cancelled, but lovely. We had lunch with her twice and both times she had battered sausages & chips, which I really respect. Very easy to work with, apart from the cancellations after big nights out. She may have a baby, but she's 21 and she's still enjoying herself. I like that about her. She's not a mouse who gets pushed out.

Hear Groove Armada's 80's-tastic collab with Mutya on their myspace page. It's Out Of Control (or Song 4 Mutya).

I realized as I put together this post that Adem put up the original report on Popjustice!

I'm not sure what I found more adorable about Mutya from that quote: the battered sausages or the hair dye.