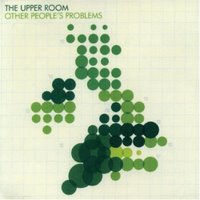 ...You cahn't kill kill kill them anymore, because The Upper Room are the latest XO-favored band to die die die. Band member Jim posted a note on their forum that implied a nasty breakup, but lead singer Alex is more coy on the topic. Whatever, I am gutted. Their ironically titled album Other People's Problems (buy it) will be on my Top Ten of 2006 and they won't even be able to toast this massive achievement! Break-ups hurt the kids, men.
Finest Moments: Black And White, All Over This Town

Let's take a look at some of the other artists I have killed with love over the years... 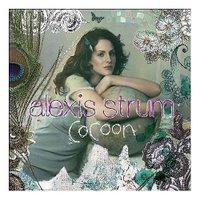 Alexis Strum: I first championed the beautiful La Strum in 2005 when she released her melancholy single Bad Haircut (below). Her completed CD, Cocoon, kept getting bumped by her label, as her first album did too, and Alexis finally parted ways with the company this year, album never to be released. While I think the CD need some tweaks (just to give it a few more up-tempos), the "oppression" of this album is a pop travesty of the highest order.
Finest Moments: Stay Until Summer, Bad Haircut 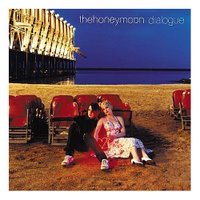 The Honeymoon: Boy/girl duo Wayne Murray and Thorunn Magnusdottir released the shimmery, melodic Dialogue (buy it for 89 pence!) in 2004. The album is like The Sundays with more pop sheen. It's beautiful stuff, but sold nada and they soon disbanded. Thorunn changed her name and joined Fields, while the talented Wayne is working on new projects. We may hear from the again, but I won't hold my breath.
Finest Moments: Passive Aggressive, Come Undone and watch a short film 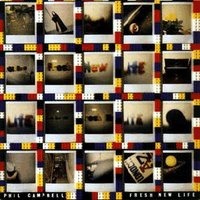 Phil Campbell / White Buffalo: My favorite record of 1998 was Phil's Fresh New Life (buy it!) and it is still a mystery why the world does not know this man's name and voice. Only 20 when he recorded this album, he has continued to record on small labels - hard for Americanos like me to get ahold of his CDs. I urge you to listen to his...
Finest Moments: When This Is History, Evangeline 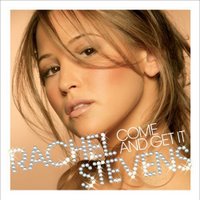 Rachel Stevens: Not only had Rachel released one (somewhat shiteous) album before I discovered her, she'd also had her highest charting song, the fizzy Some Girls (MP3). The turgidly titled Come And Get It (buy it!) is one of the finest dance pop records ever - it wiggles up there into the pantheon with Kylie and Madonna. And I love Rachel's voice too, haters. Still, l'amour d'XO was not enough and the record was hatched fully leaked and DOA. I hold hope for another album and I bet there will be...
Finest Moments: I Will Be There, Nothing Good About This Goodbye written by Alexis Strum!

I wrote earlier this year about the lovely Lamya, who deserved so much more in a world of faceless pop (I'm talking to you Ciara, Cassie, Rihanna, Miss Milian!). Candles are lit, sacrifices given to the gods, suited executives given head, all in hopes that we will hear full length releases from the two other bands I love, Lorraine and Matinee Club (shiteous new name of The Modern). I also hope that the epic Frou Frou makes another CD - I think that one is very possible.

So what does this all mean? That I should stop blogging!? I think NOT.

* I still get freaked out by that Twin Peaks scene. It was brilliant at the time and quite scary for TV.
Posted by xolondon

Damn you XO! Ruining my fave band ;) Still at least we'll always have other people's problems....:) I feel we haven't heard the last of Alexis and definitely not the last of Rachel. Sigh - that album was magnificent no?

PS - we MUST discuss twin peaks at some point. i was utterly addicted

You killed The Honeymoon!

But did you squeeze Rachel Stevens really tight, spin her round the room while howling and then smash her face into a framed photo of her doppelganger cousin? I think not!

I am also the biggest Twin Peaks freak. There must be something in the water.

I have the same problem with flavors of Ben & Jerry's Ice cream. I refuse to declare a new fave because every time I do, they discontinue it...

Can you use your powers for good and not evil, and blog about, oh, I dunno...U2 or Fergie or something?

Dan: "Close your eyes and you'll burst into flame"

Krissy: I love to look at the graveyard for flavors! I hope my Brownie Raspberry ice cream doesn't get deleted.

Now D'luv, I would argue then that "Some Girls" is considered her trimuph.

Brittle - Fergie is persona non grata here. She Who Must Not Be Named. She can kill kill kill herself on her own. She'll be history by 2010.

I have the same impact on TV shows (Firefly, Undeclared, Bakersfield PD, Andy Richter Controls The Universe, all of Norm MacDonald's TV shows, etc.). Twin Peaks made me mad because I loved it at first and then it started to seem like David Lynch was making it up as he went along. It felt like he took his audience for granted, and got lazy. "I'll just write a bunch of random weird stuff; they seem to like that." The show went downhill so fast.

There's a lot of pressure on bands; it's a very intense career. It always has been, but perhaps it's harder these days what with a group-killing blog and what-not.

Rachel...ahh....I do hope she turns out another great dance album. Hopefully her label won't try to hook her up with Timbaland.