Hi, hello, wake from thy sleep 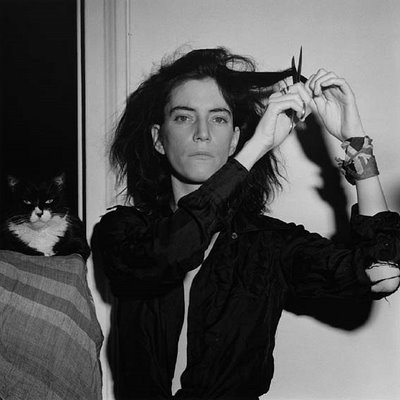 Patti Smith talked this week to The Times (London) about her love for the late Robert Mapplethorpe. There is one bit that stands out, where she talks about her friends and lovers who have died:

Every one of them has magnified me. I’ve got better and better as a person with each loss. I try not to go too far into being sad. It can be a dark place. But most of the time I’m filled with energy and love. When Robert died, the energy I had was from all the things I knew of him and his life. Everything in my body
was so accessible through him.

I have a suspicion that there are readers of this blog who will think, Who is Patti Smith and why would I want to hear her? She's a poet who can sing and write great tunes and she was not in Scandal. Her most famous song is "Because The Night." For those who doubt Patti's poprock prowess, listen to "Frederick" below. It is one of the sweetest, happiest songs ever written. That's my favorite part at the end of this post. 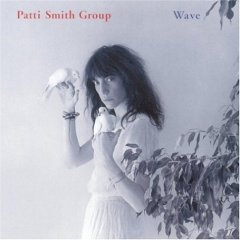 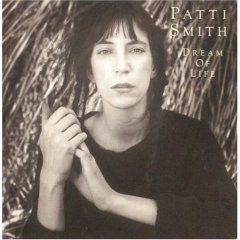 I'm embarrassed to admit that I have never taken that step toward educating myself on Patti Smith. The only song I have with her is R.E.M.'s "E-Bow The Letter."

Thanks for posting these starter tunes!

oh - also - the readers of this blog should know that we wouldn't HAVE a WRITER of this blog if not for Patti! :)

Princess, you can tell the kids that I am actually Patti's son, it's okay fo them to know. Fair disclosure.

BTW you are mentioned in another comments section, but not by name. In a good way!