Everybody wants the same thing: Ta-Dah 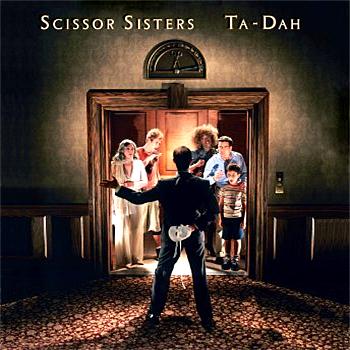 I keep forgetting to post a review of this. I have, like, one of the five promos that were sent out. I was told that if it gets out, Universal will personally ensure that I'll have a public hanging in the town square.

Anyway, I think it's "Lights" that's the super-Bee Gees-sounding one... that's the best thing on there. I might be wrong, as the promo only has 10 of the tracks, and they're not in the same order as the final album, and I can't get those "Listen" samples on this site to work...

Lights DOES sound good on the samples. The CD sounds a bit heavy on a certain tempo.

Let's put it this way... it's all either Elton-y or Bee Gees-y, and hardly any Sisters. Don't get too excited for it...

i can't get into this album based on samples...i need the WHOLE thing! :) i won't listen to the rest of the samples...not fair.

I'm forcing myself not to listen to the samples so that I can be surprised. And it's freaking hard! :)

I have been waiting for this for a couple years, and frankly, I'm a bit underwhelmed. Just too derivative, unfortunately...especially after that great song they gave to Kylie (I Believe in You). There should be a distinction between drawing from the past (ala Xtina) and raping it (heard the new J. Simpson? HATE the You Spin me Round re-imagine...D-R-E-A-D-F-U-L...makes P-Hilt sound positively revelatory).

Watch out sisters...you are verging on the borderline of parody, no matter how good it sounds.

Has everyone heard this album but ME? I think so and I don't. like. that. one. bit.

i love the sisters--i had to buy their debut on CD and vinyl and it still remains as one of my top favorite albums of all time. i am PRAYING this album is as good if not better than the first one...i have heard so many of their remixes for other people and b-sides, etc. so they aren't one-hit wonders...this album has a lot of weight on it--i hope i'm not disappointed!!!