Primer: Disco in the now 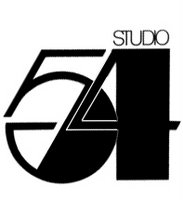 In 2005, The Year Of Our Pop Music, many acts/artists are looking back to disco music for inspiration. Both Madonna and Goldfrapp cited Cerrone as something they listened to while making their respective records. When I was a kid I had a double record set, I think by K-Tel, called A Night At Studio 54. Four sides sequenced to one long mix. It had Musique, Cher, Cheryl Lynn, KC And The Sunshine Band, etc. It was brilliant!

Disco was the music of the disenfranchised. It came about as a reaction to music (rock, punk, AM radio lite) that was not speaking to various elements of society. Rock really was - and is - white patriarchal theme music, legitimized by the masses. It's not surprising that there were disco record-burning events, but really, who burns music? It's like burning books! Those white baseballers were threatened by its existence, or more importantly, having to acknowledge the existence of the Latinos, the gays, the single women, the city dwellers, the chic immigrant Eurotrash.

Of course, in 2005 everything is hybrid, with white boys pretending to be black boys, straight boys pretending to be gay, but it will never be cool to like disco. The Stuart Prices, Alison Goldfrapps and Will Gregorys may be popular now, but they weren't always. We have a small group of artists who carry it along today, like Pet Shop Boys, Erasure and lots of electronic bands, particularly in Europe, where they are chilled out about this stuff! We have a few biggies now - the divas like Kylie and the genre busters like Scissor Sisters. Viva la disco! 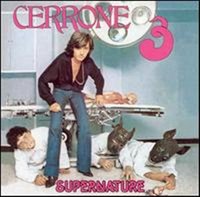 Ive compiled some mixes of what I think are the greatest disco tracks. I know I have left a lot off, but there are some real gems in here that not everyone will know, like "Doctor's Orders" or "Native New Yorker." 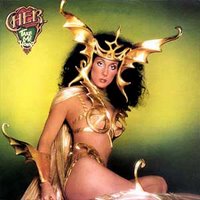 Disco Stories. I was in about 4th - 6th grade when disco was hot. I have many disco stories, but the most notable one is a moment I had at the Big Shanty Roller Rink in Kennesaw GA, skating to "Dim All The Lights" by Donna Summer. I remember a feeling of total bliss when Donna hit the long note that takes the song from ballad to beats. I think I even closed my eyes. [note - one reader of this blog was most likely there that night! Lova ya, troll!] I also remember coming home from summer camp and finding that my Mom had bought me a 45 of "How Deep Is Your Love" by the Bee Gees. Wasn't she sweet? It was in that brown RSO sleeve with the red cow. Remember that? (see below)

"Emotion" by Samantha Sang was the first single I ever bought. As for that great Cher record above, I made my mother drive all over metro Atlanta to find it (K-Mart didn't stock it!). It's not solid disco, but side 1 is one of the best disco sides there ever was. I also recommend Donna Summer's greatest hits in any version (there are like 4), the Bee Gees hits and Diana Ross's Nile Rodgers/Bernard Edwards collab, diana.

For post-disco, check out Giorgio Moroder's soundtrack to Cat People, with the gorgeous "Irena's Theme." [I still have my Nastassja Kinski/cat hologram button, Laurie!].

What songs did I not include?
Do you have a disco story?
Thanks to all my trolls who know the importance of a good disco song! See you at the roller rink. I swear those will come into vogue again soon...
Posted by xolondon

Disco stories - hmm.. Before I discovered Blondie on that famous Solid Gold 79 show.

I think I was in 5th grade when that whole Bee-Gees thing blew up in everyone's faces. My brothers were Rockers so they listened to all that crap, but even THEY had to get the soundtrack to Saturday Night Fever. So we all loved them at the time.

Our 6th grade teacher used the song "stayin alive" for the play we were doing: "Cinderella".. please don't ask.

So I didn't really get into disco all that much. I think during the late 70s and early 80s, disco went underground. I listened to only Blondie and then the new wave acts. And this was during the time of "Disco Sux" thing. Students wrote that all over their notebooks. And it was a time when KISS ruled. How awefull! And I think I was the only one in junior high with a Blondie button. sigh.

Gorgio Moroder had a pretty good hit during that time with his theme to the movie "Midnight Express", remember that? Put that together with "I feel Love" and "Popcorn" and you've got a nice medly. :)

Who did Popcorn? I will check out the Moroder theme. I mix him up sometimes wit Tangerine Dream, who did Risky Business.

Another disco story. We had a dance unit in 5th grade PE and my teacher assigned me and 3 other guys (one a big soccer player) to do a dance to Bee Gees. We had to make it up and I remember hasving their Greatest Hits with the foldout pics of their heads. Not sure what song we used, but I am thinking it was "Jive Talkin'" or , duh, "Staying Alive." I am a "Night Fever" person myself...

Anyway, NONE of my trolls were witness to that event, thank God.

I think you would have to kill anyone who did remember or sign a mutual "do not disclose" pact.

Disco stories. I don't know that I have any at the moment. I do remember loving Abba's "Dancing Queen." and some Donna Summer. I definitely remember Solid Gold and the disco/ new wave cross overs and gold lame. I remember getting into Xanadu and thinking it was like the coolest thing ever. Oh my naivety.

I know that in music class, we sang Rick James's "Superfreak." Which should've struck me as more ironic than it was. What was the music teacher thinking?

I didn't really get into kiss, but I remember the outcry of KISS standing for Kids in Satan's Service.

But, "Tide is High" by Blondie is one of my favs. and have to listen to it in the car. And some Donna Summer entered onto my radar too. I definitely did mostly new wave, mixed with pop and stuff like that.

I think I did more with disco in the 90s.

What about "More, More" by the Andrea True Connection? Is that right?

Whit Stilman's "Last Days of Disco" is kinda interesting on the whole clash between the punk/ disco stuff.

Didn't some of the outcry regarding disco and the BeeGees come from the deserved outcry regarding "Sgt. Pepper's Lonely Hearts Club Band?" Where they re-cut much of the Beatles stuff? The movie had Peter Frampton, Alice Cooper and Aerosmith? I remember watching it on tv in the mid 80s and being terribly confused? Or am I blurring dates?

All this reminding of that crazy movie "Thank God It's Friday." Where Donna wanted so much to sing her song.

Can't remember the person who did "Popcorn" But that sound is in my head. Oh the early days of the synthesizer.

Then there's "Can't Stop the Music" by Village People the movie which sucked. It beyond sucked.