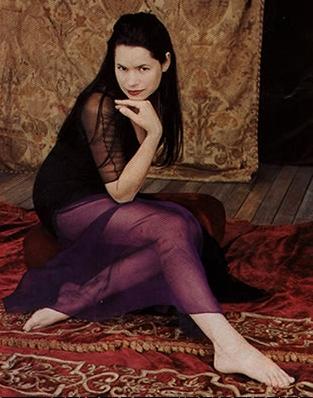 To paraphrase Sandy Denny, who knows where the time goes? There was a period in my life, say 1987 - 1992, when I really idolized Natalie Merchant. I thought she was beautiful and had an amazing voice. I saw 10,000 Maniacs live numerous times and got all dressed up for the events in vintage clothing. But now? Blech. I grew out of collegiate snottiness and Nat did not. Numerous things went awry: 1) she comes across in the press like a self-righteous, impatient twat (hilarious example from '93 Rolling Stone), 2) her solo output is, for the most part, an exercise in meh and 3) she has well and truly lost her voice. If you have heard any of her recent folk recordings you'll know that she knows sings like a bleating calf. Or maybe a horse, wailing after it's been shot on a country road. Horrific. I know that several friends of taste and distinction would disagree with me about ye olde Natalie, but I am just telling my truth.

Rhino has seen fit to release, in September, a double disc collection of her solo work (from only 3 studio albums). Here is the tracklisting and more details:

Wonder, Carnival, Jealousy, San Andreas Fault, Kind & Generous (Jim Collins and Lisa know I think that song is the epitome of utter bullshit!), Break Your Heart, Life Is Sweet, The Living, Build a Levee, Not in This Life, Motherland, Owensboro and Sally Ann. Bonus tracks include: She Devil, Cowboy Romance, Children Go Where I Send Thee, Birds and Ships (with Billy Bragg), The Lowlands of Holland (with the Chieftans), One Fine Day, Photograph (with R.E.M.), Party of God (with Billy Bragg), Thick as Thieves (2005 Version), Bread and Circuses (with Billy Bragg), Because I Could Not Stop for Death (with Susan McKeown), Tell Yourself, But Not for Me, I Know How to Do It, Come Take a Trip in My Airship.

If I were you I would buy the Maniacs two finest records: Our Time In Eden (swoony gorgeous!) and In My Tribe (pop music in the imperative!), though all their CDs are quite good.
Posted by xolondon

Thad bad huh?
I was a minor fan of 10,000 M. Favorite songs being "What's The Matter Here" and "Eat For Two." They opened up once for The Cure back in 85. I bought their MTV Unplugged CD when it came out.

That sounds about right actually. I like her stuff but I only have In my Tribe and Blind Man's Zoo, both of which I like a lot. My fav. songs are "Like the Weather" and their cover of "Peace Train" which I heard before I knew that it was a cover of a Cat Stevens song. (quel sad).

Barbara, the Peace Train song was the first single I bought by them, just before we went off to college in 87. It was taken off subsequent album pressings b/c Natalie thought that Cat Stevens was calling for the death of Rushdi, which Stevens claims he was not. She also stopped performing it b/c she thought the song was bullshit. I don't know why her performance had to be so linked to Cat Stevens, unless she was worried about him getting royalties she didn't want him to have. In hindsight the whole thing seems overwrought.

I remember discussing Peace Train at Gail Thompson's end of semester party which if I recall had daquiris and fondue. Both yummy. And I read Susie Bright in the bathroom. Ah, time lingers on.

I think I have the 'original' copy of Peace Train on my in my tribe. I also think she should get over the bit with C.S.