Ewan MacGregor's reality TV show, Long Way Round, ends tonight on Bravo (shown at 8 and 10). Though there is a book out now, I had hoped it would be released on DVD, but it seems there are no plans for that in the US, though it is on DVD in England (and those won't play here!). The Greatest Living Actor (see July post) was not acting on this show (or is he always acting?) in which he biked with best friend, Charley Boorman, all the way around the world. Both guys were so engaging and fun to watch. And believe me you, if terminally chipper Ewan MacGregor can be driven to moments of sheer panic, tears and despair, anyone can! This show only confirms what fans suspected - that he is every bit as curious, happy and funny as some of his best characters. If you like Ewan, you need to make an effort to see this: get a flight to London and rent the DVD to watch in the hotel! Long Way Round will make you laugh and cry. 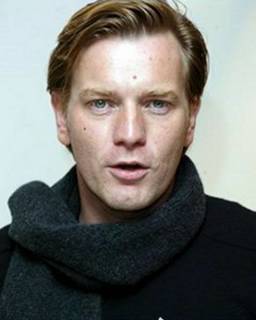 PS: That mole on his head actually has an important role in this production! If I can find a picture that explains, what I mean, I will indeed post it.

UPDATE: Watch Ewan and Charley eat from a steaming bowl an animal testicles!