I broke John Frusciante's nose in a fistfight. 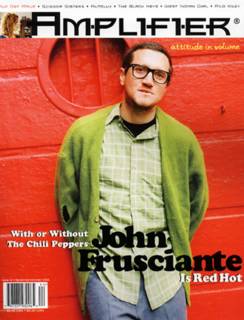 John Frusciante has just released his fifth album this year, Inside Of Emptiness, with two more to follow. He has also turned into a raging geek, as you can see from the picture above. Do you think it is just a disguise? I wish that, once he finishes these special CDs, he would pick the best songs and record them properly. I would rather have one great album than six "eh" ones. He needs a proper follow-up to the amazing Shadows Collide With People - the first record I wrote about on this blog.